Akufo-Addo, Mahama sympathise with Bawumia over death of his mother 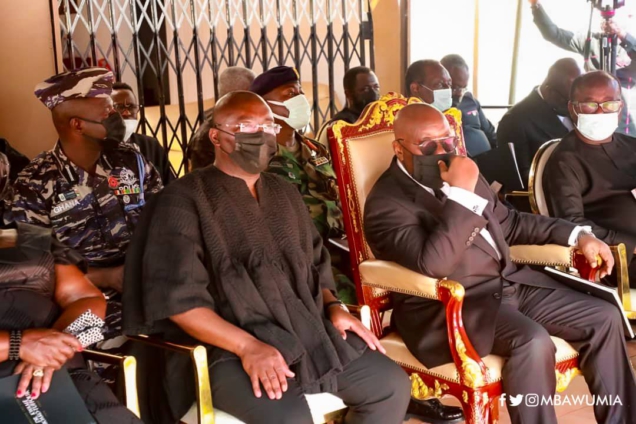 President Nana Akufo-Addo and former President John Mahama have commiserated with Vice President Mahamudu Bawumia over the loss of his mother.

The two statesmen took to their various social media platforms to share in the grieve of the fellow politician.

In a Facebook post, President Akufo-Addo prayed for strength for Dr Bawumia and his family “in these very difficult times.”

He also asked that the soul of the Vice President’s mother, Hajia Mariama Bawumia is granted “eternal rest and the highest level of Jannah.”

On his part, Mr Mahama revealed, “I just got off the phone with my brother, Dr Mahamudu Bawumia, to console him and the entire family on the loss of their mother, Hajia Mariama Bawumia, earlier this morning. May Allah grant her a peaceful rest.”

Hajia Bawumia is reported to have died in the early hours of Monday.

The octogenarian, who died two days from her 82nd birthday, had been unwell for some time and was hospitalised.

After Dr Bawumia announced the sad passing of the woman, he affectionately calls Maame; some public figures, including First Lady, Rebecca Akufo-Addo, have expressed their condolences.

DISCLAIMER: The Views, Comments, Opinions, Contributions and Statements made by Readers and Contributors on this platform do not necessarily represent the views or policy of Multimedia Group Limited.
Tags:
Bawumia loses mother
Dr Mahamudu Bawumia
John Mahama
President Akufo-Addo