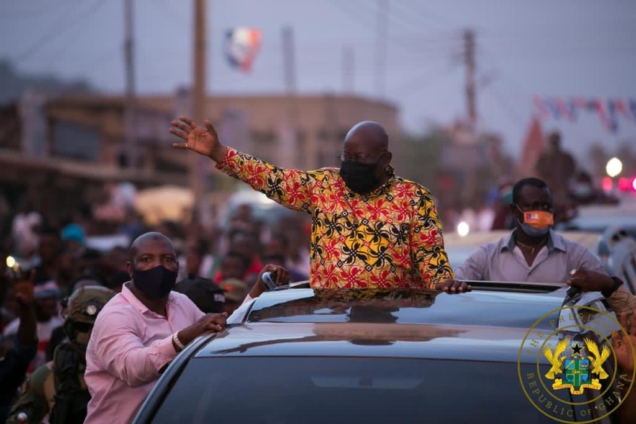 The New Patriotic Party’s (NPP) flagbearer Nana Akufo-Addo will tour Hohoe in the Volta Region, Saturday, ahead of the 2020 general election.

According to sources, President Akufo-Addo will commission a mini-hydropower station among other projects as part of his tour.

In honour of the late Jerry John Rawlings, the NPP suspended all political activities towards the upcoming election.

President Akufo-Addo announced the suspension of his campaign tour of the country about a week ago.

He also directed seven-day national mourning and asked for all flags to fly at half-mast nationwide from Friday, November 13.

Former President John Mahama who was on a six-day campaign tour of the Ashanti Region suspended his tour with immediate effect.

However, the NDC flagbearer has resumed his campaign tour of the Ashanti Region, Thursday after the death of the party’s founder about a week ago.

The Former President Jerry John Rawlings died at the Korle-Bu Teaching Hospital on November 12, after a short illness.