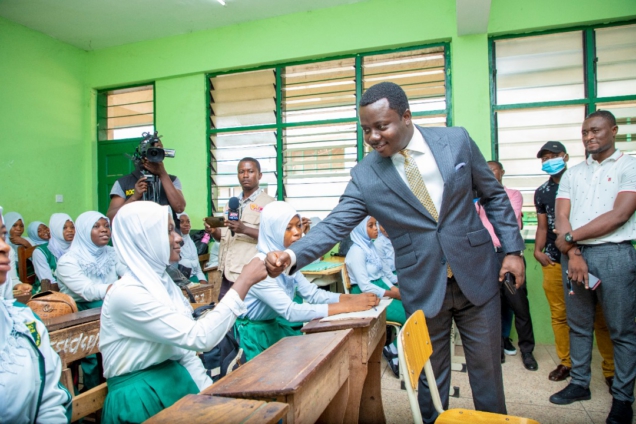 All the 16 remaining students who were hospitalised after the Police brutality at the Islamic Senior High School on Monday, have been discharged.

According to the Deputy Education Minister, this brings to 38, the total number of students who have been discharged from various hospitals as of Tuesday, June 14 and they have all gone back to school to continue their academic work.

Rev. Ntim Fordjour, disclosed this to the media and commended the staff of the various health facilities in Kumasi and other stakeholders who played various roles in the transportation, facilitation and treatment of the affected students.

He also commended the parents of the affected students and other relations for their support and roles played in leading to the creation of a peaceful environment for the students to go back to school to continue their studies.

Rev. Fordjour was upbeat that with the various interventions and measures put in place by the government and the school authorities so far, the issues which brought about the demonstrations would not re-occur.

He also stated that the actual cause and other challenges that led to the demonstration would be looked at critically and the necessary measures put in place to ensure peace in the schools so the students could stay and study in school.

The committee is to submit its report to the Regional Director of Education, Mrs. Mary Owusu Afriyie by Friday.

It would be recalled that last Monday, students of the Islamic SHS embarked on a demonstration against the frequent knockdown of students and other staff by vehicles at the entrance of the school which was located along the Abrepo Junction and the Barekese road in Kumasi.

During the demonstration, a team of Police officers who were tasked to quell the riotous situation pounced on the students leading to some of them receiving various degrees of injury.

This led the Deputy Minister for Education, Rev. John Ntim Fordjour, the Ashanti Regional Minister, the Kumasi Mayor and other dignitaries to visit the injured students at various hospitals and at the school to meet the student’s body and the staff on Monday and Tuesday.

DISCLAIMER: The Views, Comments, Opinions, Contributions and Statements made by Readers and Contributors on this platform do not necessarily represent the views or policy of Multimedia Group Limited.
Tags:
Deputy Education Minister
Islamic SHS
Rev. Ntim Fordjour