Anas Sulemana: "Bawumia" Annual Delegates Conference - How will NPP's brand culture play out in search for a new leader - MyJoyOnline.com

Anas Sulemana: “Bawumia” Annual Delegates Conference – How will NPP’s brand culture play out in search for a new leader 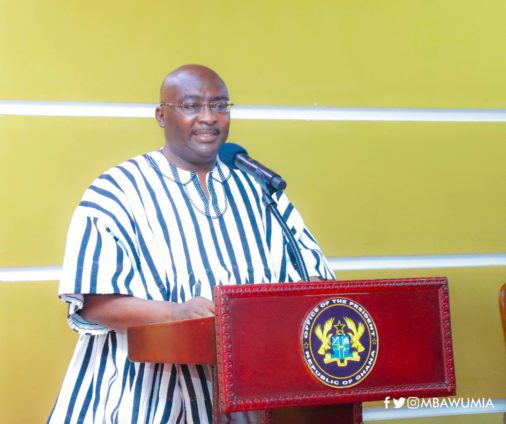 The NPP had their annual Delegates Conference on 18th-20th December 2021 in Kumasi. In the aftermath of the conference, the media (both traditional and social) have been replete with headlines such as:

In commercial marketing exhibitions, conferences and trade shows are platforms where brands present what they can offer to the market and also show how they compare with competing brands.

In the political marketplace, party conferences have become platforms for aspiring parliamentary or presidential candidates to show popularity and strength relative to rival candidates.

Now, what do the happenings at the conference and the subsequent media outburst (whether orchestrated or spontaneous) tell other aspiring candidates? Are those events significant to the extent that they can induce noticeable swings in delegates` perceptions, expectations and consequently lead to;

2. Strategic voting (delegates decide not to waste their votes on their preferred candidates but rather vote for the candidate who is being tipped to win)?

Arguably, the candidate the NPP presents as a Party Leader will be a critical success factor in their desire to “break the eight.”

In this write-up I have chosen to focus on Dr Mahamudu Bawumia for some reasons;

1. He is new to the NPP`s brand culture (relative to other aspirants)

2. He is new to Ghana`s political marketplace (relative to other aspirants)

Despite these factors, it has been my opinion and the opinion of many pundits that Dr Bawumia has brought life and meaning to the office of the Vice President. He has been an actor and not a spectator.

I propose to use the BRAND CULTURE model because that will allow me to analyze the Dr Bawumia brand focusing on (only) the NPP`s brand culture (the way things are done in NPP).

The elements of a brand culture include its History, Ethos, Language, Tradition, People and Leadership.

BRAND HISTORY: The UP-NPP party has never had a northerner as a presidential candidate in any elections since independence. The party has, however, produced some running mates from the northern parts of Ghana.

Ghana’s political history suggests that Ghanaians are receptive to the idea of having a northerner as president; an idea that appears alien to and not part of the NPP’s history.

Has the time come for the party to change its history? I am unwilling to argue in the affirmative. In taking this position I am guided by what happened to Late Alhaji Ali Mahama.

BRAND ETHOS: Ghana is multi-ethnic and research has shown that the voting behaviour of many Ghanaians is based on ethnic considerations. The NPP has an Akan character and presidential candidates have traditionally come from Akim-Ashanti-Bono ethnic groups.

Is it the turn of the Asantes or the northern Mole-Dagomba group? How will this fit into the party’s ethos? In my opinion, the party’s current ethos does not seem to suggest that the party leadership position will leave the existing circle of old party stalwarts.

BRAND LANGUAGE: The NPP brand has a unique language that suggests pure Ghanaianess. There is the WE feeling in the language of the brand. “We Akan people”. There is also some sense of dominance and superiority in the brand. In light of these party brand attributes, I am not sure how it will feel for the party to be led by a person from a minority group.

BRAND TRADITION: Over the years, there has been major political alignments and realignments in party membership structures in Ghana. Despite these major changes, membership in the UP-NPP tradition has shown incredible resilience. Membership is passed down from great grandfather to father to son.

The majority of the party leaders have family roots in the party. Will delegates prefer the new brand to well-known personalities such as Alan? I am unwilling to believe delegates will want to change the deep-seated traditions.

BRAND LEADERSHIP: The party has seasoned and experienced old politicians who regularly make inputs into and also influence the nature of decisions delegates make. Aside from their respect for party tradition they may also be worried about internal party cohesion and direction.

Whoever the leadership chooses for the party will have some political fallouts. I am not sure Dr Bawumia will be the choice of party leadership and my reason is that Alan and the other aspirants have had relatively long relationships with the kingmakers.

BRAND PEOPLE: There appears to be some form of succession plan (unwritten) and the people in the party know that very well. The leadership qualities exhibited by Dr Bawumia would have influenced the party’s dynamics in his favour. The current touting of Dr Bawumia appears to put to test earlier research findings that favoured Alan. It does not appear to me that people in the party will choose to forsake the “devil” they know for an “angel” they do not know.

My overall assessment of the party’s culture makes me think that: history will not change, the ethos will stand, the language will endure, the tradition will be followed, the people will do what is usual and when all is done leadership will deal with the fallouts.

“IS Dr Bawumia AN ASPIRING RESIDENT WITHOUT A PERMIT TO STAY?”