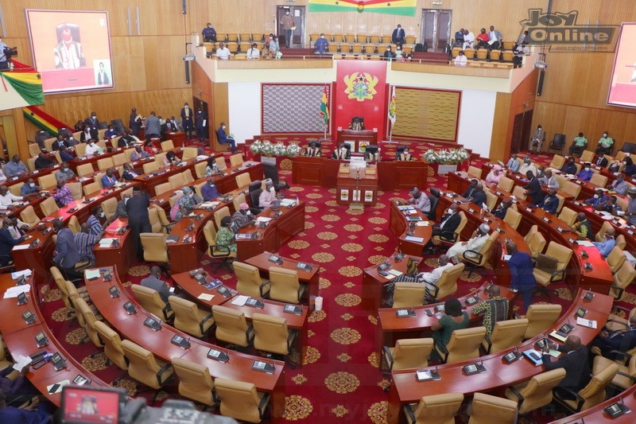 The Private Member’s Bill on Promotion of Proper Human Sexual Rights and Ghanaian Family Values Bill, 2021 was laid before Parliament on Monday, August 5.

The document, brought before Parliament for the first time for discussion, seeks to outlaw the involvement, promotion, propagation, advocacy, support or funding for its related activities.

The Second Deputy Speaker of Parliament Andrew Asiamah Amoako, referred the bill to the Constitutional, Legal and Parliamentary Affairs Committee

The Committee is expected to produce a report on the Bill after its deliberation.

“The Bill is read for the first time and is referred to the Constitutional, Legal and Parliamentary Affairs Committee for consideration and report,” Mr Amoako said.

The discussion as to whether the 36-page bill indeed seeks to infringe on the human rights of citizens as well as silence free speech has been ongoing since Thursday, July 22.

This encompasses any person who holds out as a lesbian, a gay, a transgender, a transsexual, a queer, a pansexual, an ally, a non-binary or any other sexual or gender identity that is contrary to the binary categories of male and female.

DISCLAIMER: The Views, Comments, Opinions, Contributions and Statements made by Readers and Contributors on this platform do not necessarily represent the views or policy of Multimedia Group Limited.
Tags:
Anti LGBTQI+Bill
Constitution and Legal Affairs Committee
Private Member's Bill