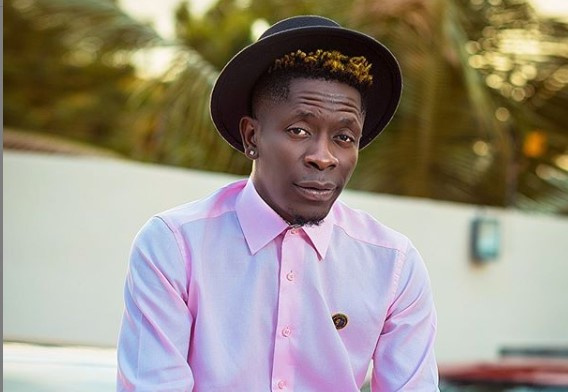 Dancehall artiste, Shatta Wale sparked some debates on social media after he was seen kissing his bodyguard, Shatta Kumodji, in a now-viral video.

The “Freedom” hitmaker had supposedly given his friend, Kumodji, one of his diamond chains. The two hugged and gave each other a peck on the lips.

Even with the caption, many had no clue why Shatta Wale would opt to kiss a man, but, in a tweet reacting to the speculations, he said that it was all for his fans.

According to him, his fans like to see him kiss because it makes them happy.

Meanwhile, some people on social media began speculating that the musician might be queer after they saw the video.

Others, however, believed that Shatta Wale and his friend only shared an unromantic kiss, therefore, disputing claims of the singer being queer.

Because of Agenda you over look this because it’s Ronaldo dey talk about shatta wale😂😂😂 A kiss on lips for 3secs doesn’t justify someone of being a gay . No one will support something blindly so stop saying shatta fans are supporting gay , stop this cheap agenda😂😂 #6feet pic.twitter.com/cvMRRaojVL

One Twitter user shared pictures of other men kissing other colleagues in the same “friendly” fashion.

This is the reason why Shatta Wale said Ghana bi village. pic.twitter.com/oo06V43sMf

Shatta Wale gay?? E no dey sound funny to you?? Who dey chop love pass Shatta Wale for the industry inside😂

However, some fans are still not pleased and are not buying his explanation. They believe this is direct support for the LGBTQ community – something they believe should be barred.

u turn ur celebrity into madness.
How can u kiss a man in the mouth, what type of love is that ?
u said , u are a child of God, then show us in the bibble that kissing another man is not a sin.
What are u trying to tell u fans, that being a gay is good.
Shameless leader 😔😔😔.

One guy said those bashing shatta wale for kissing a fellow man passionately be jons. Okay, I dare him yo do the same thing,take a video and post it 😂

Shatta Wale, when asked to explain what he was doing with the guy

The Ningo Prampram MP, Sam George, who has been an advocate for the Promotion of Proper Human Sexual Rights and Ghanaian Family Values 2021 bill also known as the anti-LGBTQI+ bill, also reacted to the video.

He noted that he suspects the “Ayoo” hitmaker was high on drugs when he decided to kiss his fellow man on the lips.

This video came hours after Shatta Wale posted a video of himself and his new girlfriend making out.

“Leave me make I chop love sha, (sic)”, he wrote alongside numerous emojis expressing how happy he was to have found love again.