Asamoah Gyan reported me to Kufuor and I've never been happy with him to date - K. T. Hammond - MyJoyOnline.com

Asamoah Gyan reported me to Kufuor and I’ve never been happy with him to date – K. T. Hammond 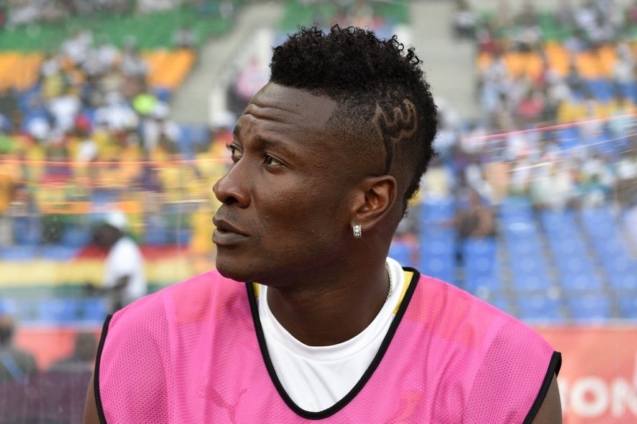 Parliament on Wednesday was thrown into a state of laughter after the MP for Adansi-Asokwa revealed how Asamoah Gyan tried to sabotage him when he was the Captain of the National team.

He stated that Asamoah Gyan in 2008 during the AFCON called for punitive actions to be taken against him for criticising the national team over their poor performance.

“In 2007/2008 AFCON, Asamoah Gyan reported me to President Kufour that I’ve made a statement to the effect that they were messing with our hearts so Mr Kufuor, should do whatever was in his power to punish me or something,” he recounted.

Though he wasn’t there, the information was somehow relayed to him.

“I wasn’t there, but you know even walls have ears. So those who were there came and told me, ‘Asamoah Gyan has reported you to the President,” he said. Somehow, however, the President did not take any actions against him.

He indicated that he has since generated dislike for former Balck Stars captain.

“I have never been happy with Asamoah Gyan until today, and come to think about it; look at what he did to us, the penalty”

“[Obviously] the President had got so many national matters on his mind. I’m sure this one escaped him. So I waited for his call, but the call never came. So I’ve never been happy with him up to today and come to us with the penalty,” he said. His colleague MPs burst out into hilarious laughter after his comments.

Mr Hammond disclosed this during deliberations on the performance of the national team. He was among MPs demanding the dismissal of coach Milovan Rajevac.

He lamented the poor performance of the team, insisting that the current players have turned Ghana’s National team, the Black Stars, a once vibrant name in football, into a nonentity.

“Football is the only thing that keeps us together as a nation, and the Black Stars consistently let us down,” he said.

Giving different sentiments, he lashed out at the Ghana Football Association(GFA) over their excuse for not employing local coaches.

He referred to a statement by the GFA to the effect that foreign coaches are employed to man the team’s affairs because the Black Stars players don’t respect local coaches and described such comments as “derogatory and racists.”

“You talk about a player not respecting coaches, and that’s why they want foreign coaches. That was a stupid, racist, and derogatory statement. Well, he has come to make sure that we qualify for the World Cup, can you imagine? African mentally,” he said.

He further charged the Sports Minister to, as a matter of urgency, ensure that the coach is dismissed or risk being dismissed.

“Let them get a new Coach if they’ve already not sacked him. He said that the Sports Minister should ensure this, or he himself will be sacked,” he said.

The Black Stars has come under criticism following what many have described as an abysmal performance in recent times.

The Black Stars needed to win the game to stand any chance of progression from Group C, but they fell to their second defeat of the tournament at the Roumde Adjia Stadium despite a late rally.

Some players apologised to Ghanaians for the loss, conceding that the Black Stars did not live up to expectation; however, the public has had various demands for the coach to be dismissed and the current team dissolved.