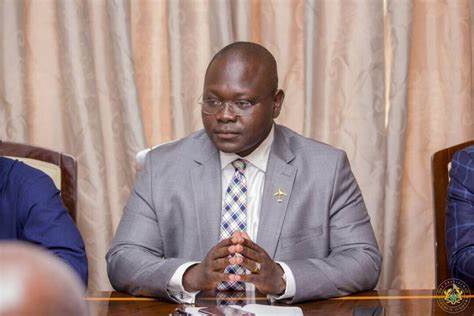 The Works and Housing Minister, Francis Asenso Boakye, has apologised to Parliament’s Public Accounts Committee (PAC) over his failure to appear before it on Thursday.

He said he couldn’t attend the meeting because he had to go for a cabinet meeting.

“I just want to express my apologies that we didn’t intend to disrespect this August committee. I’m a Member of Parliament and I know that this is a Committee of Parliament, and I will be the last person to show any form of disrespect to it. So once again, honourable chair, my apologies,” he said.

The Minister was to appear before the Committee to consider the Auditor-General’s Report on the Public Accounts of Ministries, Department and Agencies (MDAs) for the years ending December 31, 2017, and December 31, 2018.

The committee has surcharged his ministry and the Roads Ministry for the cost incurred during the botched sitting yesterday which include the costs of the GBC airtime among others.

Mr Asenso-Boakye, who appeared before the committee on Friday, said he had directed his Chief Director to communicate his unavailability to the committee, but the letter was delivered late.

Meanwhile, the Chairman of the Public Accounts Committee James Avedzi says though the apology has been accepted, the surcharge will not be withdrawn.

He stated that the Ministries will pay the cost of the Committee’s lunch and breakfast for Thursday’s sitting.

He said the figures are still being computed and will be sent to the Ministries as soon as possible.

“This is a warning to the Ministers and the Ministries that whenever we call them to appear, if they cannot appear, they should inform the committee so we don’t sit and incur cost,” he said.