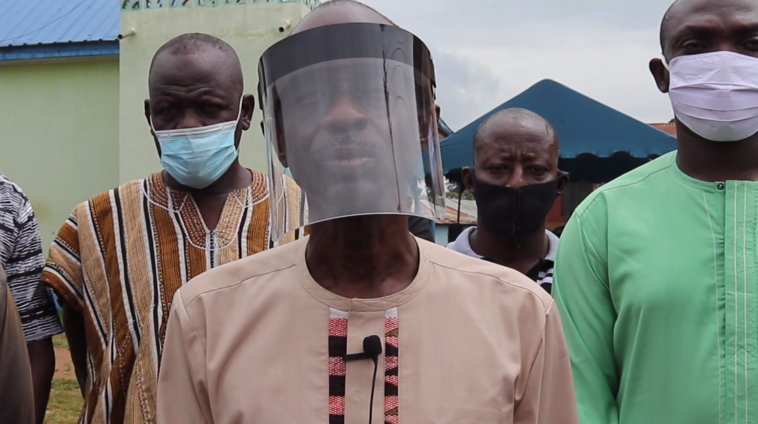 The General Secretary for the National Democratic Congress (NDC) Johnson Asiedu Nketia is accusing the Kadjebi District Police Command of bias and unfair treatment in the handling of alleged electoral law violations.

According to the General Secretary of the NDC, the police last week arrested and detained four of its members on suspicion that they were Togolese in an NPP stronghold however, when the NDC had complained of a similar happening in their stronghold, the police feigned helplessness.

Johnson Asiedu Nketia was visiting some registration centers in the Oti region to monitor the ongoing voters’ registration exercise which is currently in its second phase.

He visited 11 registration centres in the Akan Constituency where he interacted with registration officials on challenges and numbers registered so far.

It was at the Asato registration centre that fierce near physical exchange ensued between agents and executives of the NDC and the NPP over eight alleged non-residents who were in the process of getting their names onto the electoral roll.

This stalled the registration process for at least an hour.

Rather than fill a challenge form, the NDC is insisting on preventing anyone who does not reside at a registration centre area from registering there because same was meted out to them by security personnel last week.

Johnson Asiedu Nketia  who was briefed of the issue accused the police in the constituency of double standards as they applied different laws to same situations.

“I’m beginning to get the impression that there are two set of laws being applied here. And indeed it has happened here and I’m told a certain number of people have been prosecuted.

“According to the law that the police have applied so far in the registration, people who are deemed to be ineligible can be prevented from registering. So they are also insisting that well, challenge or no challenge the same principle that was applied in their stronghold with the support of the state security must also be applied here.”

According to him, the NDC members in the area have decided to prevent non-residents from registering in their constituency because, in the instance where they go and report to the police, nothing is done about their concerns.

“It is the people who are in charge of the due process who are breaching the law so who are you going to report to? Because the matters we are talking about, I’m quoting the words of the police man to you. He has alleged that his hands are tied, so who is tying his hands we don’t know.”

According to the NDC General Secretary, the NDC is in battle with the trinity of the state. He explained as follows;

“We are fighting the father, the son, and the Holy Spirit, and that is the Electoral Commission, government and the state security all deployed against us.

“And so I’m saying that if you want peace, peace must be based on justice. You cannot be aspiring to go to heaven when you don’t want to die. In fact where I went the police appear to be helpless.”

DISCLAIMER: The Views, Comments, Opinions, Contributions and Statements made by Readers and Contributors on this platform do not necessarily represent the views or policy of Multimedia Group Limited.
Tags:
Electoral violence
Johnson Asiedu Nketia
NDC