Bishop Agyinasare cautions against military takeovers in spite of hardship 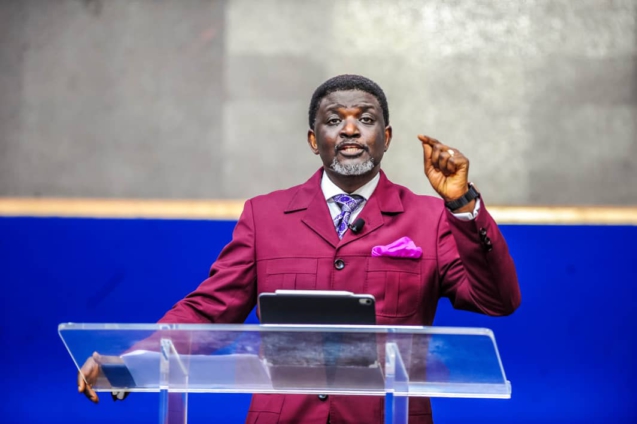 The Founder and Leader of Perez Chapel, Bishop Charles Agyinasare, has cautioned the military against indulging in unlawful takeovers despite increased hardships affecting Ghanaians.

He blamed the recent coup d’etats in the sub-region on the politicians in the affected countries such as Mali, Chad and Guinea.

According to him, “these soldiers who are no longer under authority, have made themselves the authority. Bad as it may seem, I will put much of the blame on the political class of those nations.”

“They change the constitution to seek their self-ambitions and increase their salaries without increasing those of the ordinary citizens, many entered into politics without much, but in four years they own houses and fleet of cars while the populace lacks basic amenities”.

“Once many of these politicians came to power; they became tin gods who could not be criticised without unleashing their attack dogs on the critics.

“Some governments have also turned the civil and public service upside down by sacking competent people and replacing them with party faithful, some of whom are very incompetent, government also superintend over economic mismanagement,” he said.

Speaking at the annual security services day of national prayer at the Burma Camp, Bishop Agyinasare said despite low motivation and the misconduct of politicians in power, the men in uniform should continue to hold the country together.

He indicated that though Ghana’s problems are not too far from country’s that have fallen prey to the canker, “we don’t want a coup d’etat”.

“Be content with your wages. It is true that most military and service personnel are poorly remunerated even though your job requires you to defend the citizenry sometimes at the risk of your own lives, it is very unfortunate that your salaries do often not commiserate with your responsibility, that notwithstanding the fact that taking bribes ends up affecting the same people you swore to protect.

“Please don’t let greed or the love of money drive you to want to do a coup d’etat,” he advised.