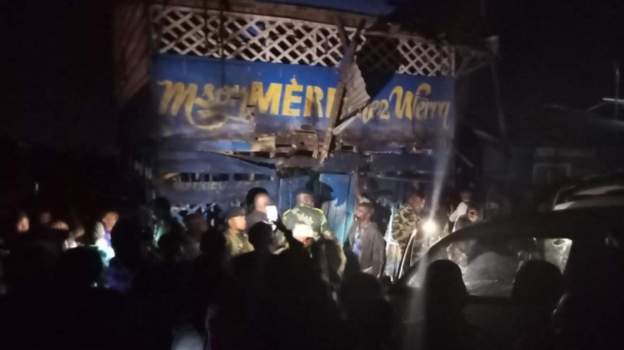 At least six people were killed and 15 others wounded after an explosion in a bar at Katindo military camp in Goma, in eastern Democratic Republic of Congo.

The communication ministry tweeted on Thursday night that the number of the victims was provisional, while correcting an earlier higher death toll announced by government spokesman Patrick Muyaya.

Among the victims are a lieutenant colonel and his wife, a captain, the owner of the bar and her friend, as well as a 12-year-old teenager.

The circumstances surrounding the blast are being investigated by local authorities.

In late 2020, the government announced that the Katindo military camp would be relocated outside the city to reduce its proximity to Goma’s population of two million people. This however is yet to be implemented.

The DR Congo army is battling multiple rebel groups in the east – but it’s not clear yet whether the explosion was the result of an attack.

The North Kivu provincial military governor has called on people to be calm and avoid speculation pending investigations.