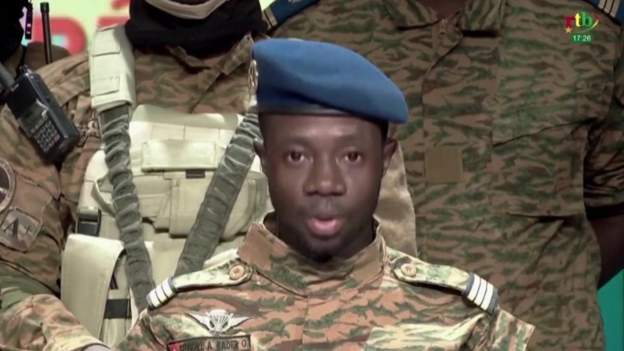 International pressure is mounting on Burkina Faso’s coup leaders to release deposed President Roch Kaboré, following claims by his party that he had survived an assassination attempt.

UN chief António Guterres’s spokesman said he was following developments in Burkina Faso with “deep concern”, and was “particularly worried” about the whereabouts and safety of the deposed president.

Mr Guterres called on the coup leaders to lay down their arms.

The military has not given details about Mr Kaboré, but said the coup had been staged without violence and all those detained were in a secure location.

The African Union said the international community should “combine their efforts to oppose any use of force” to resolve the crisis in Burkina Faso.

The military said it had seized power because of the government’s failure to defeat militant Islamists who have caused havoc in the region since 2015.