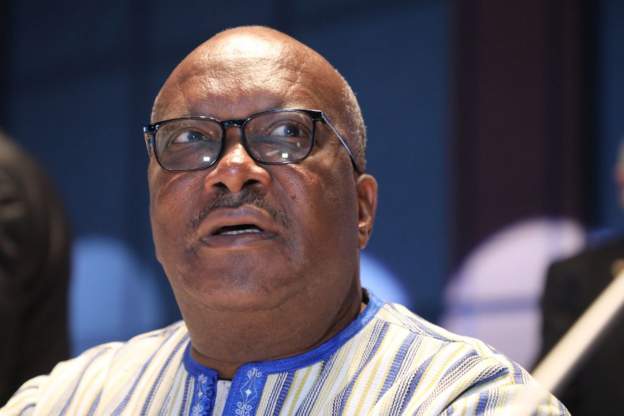 Burkina Faso President Roch Kabore has been detained at a military camp by mutinying soldiers, four security sources and a West African diplomat said on Monday, following heavy gunfire around his residence on Sunday night in the capital Ouagadougou.

His detention comes after sustained gunfire rang out from military camps in the West African country throughout Sunday, with soldiers demanding more support for their fight against Islamist militants. The government had denied that the army had seized power.

Kabore’s exact whereabouts or situation were unknown on Monday morning, with conflicting reports circulating among security and diplomatic sources.

Government sources could not immediately be reached on Monday.

Frustration has risen in Burkina Faso in recent months due to the frequent killing of civilians and soldiers by militants, some of whom have links to the Islamic State and al Qaeda.

Protesters came out to support the mutineers on Sunday and ransacked the headquarters of Kabore’s political party. The government declared a curfew from 2000 GMT to 0530 GMT until further notice and closed schools for two days.

The turmoil in Burkina Faso comes after successful military putsches over the past 18 months in West African neighbours Mali and Guinea, where the army removed President Alpha Conde last September.

West Africa, which until recently appeared to have shed its reputation as Africa’s “coup belt”, remains susceptible to coups.

The military also took over in Chad last year after President Idriss Deby died on the battlefield there.

Burkina Faso is one of the poorest countries in West Africa despite being a gold producer.

Its army has suffered heavy losses at the hands of Islamist militants, who control swathes of the country and have forced residents in those areas to abide by their harsh version of Islamic law.

The upheaval underscores the political consequences of the growing insurgency across the Sahel region.

DISCLAIMER: The Views, Comments, Opinions, Contributions and Statements made by Readers and Contributors on this platform do not necessarily represent the views or policy of Multimedia Group Limited.
Tags:
Burkina Faso
Roch Kabore