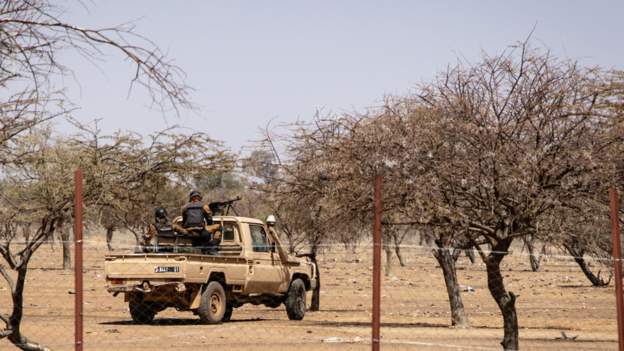 The military in Burkina Faso says at least 12 soldiers and four volunteers have been killed in an attack on a military base by suspected jihadists.

It says 21 troops were also injured in the attack on the Namissiguima military detachment in the north.

Islamist militants started carrying out raids in Burkina Faso from bases in neighbouring Mali in 2015.

Since then 1.8 million people have been displaced by the violence.

A military government seized power in January and ousted President Roch Kaboré, blaming him for failing to tackle the jihadist insurgency.