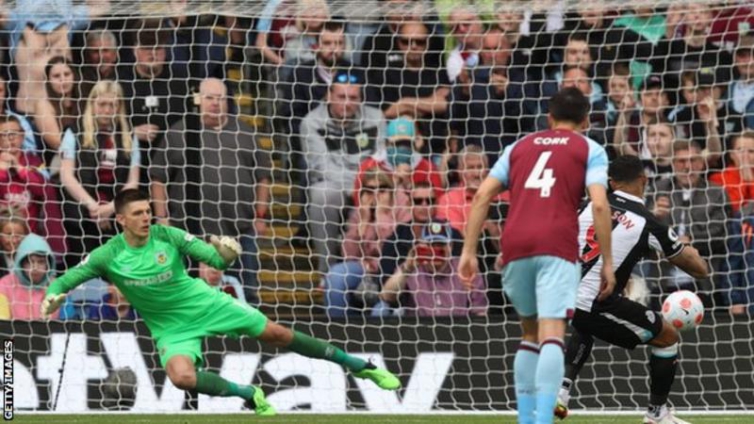 Burnley were relegated from the Premier League on a dramatic final day as a home loss to Newcastle United condemned them to the Championship.

At the start of the day, Burnley were above Leeds on goal difference, but Jesse Marsch’s side won 2-1 at Brentford to end the Clarets’ six-year spell in the top flight.

Callum Wilson scored twice for Newcastle through a calm penalty after Nathan Collins’ needless handball, then from Allan Saint-Maximin’s cross.

Burnley, who sacked long-serving manager Sean Dyche with eight games to go, got a goal back as Maxwel Cornet blasted in a volley after his first effort had been parried by Martin Dubravka.

When Leeds’ advantage was cancelled out there was fresh hope among the home fans, but their team could not force an equaliser – and the Whites’ injury-time winner meant even that would not have been enough.

For Burnley, then, it is Championship football next season.

Relegation could spark the departure of some of their top players and – as revealed in the club’s accounts – “a significant proportion” of a £65m loan taken out with American financiers MSD Holdings when they were taken over in 2020 will have to be repaid.