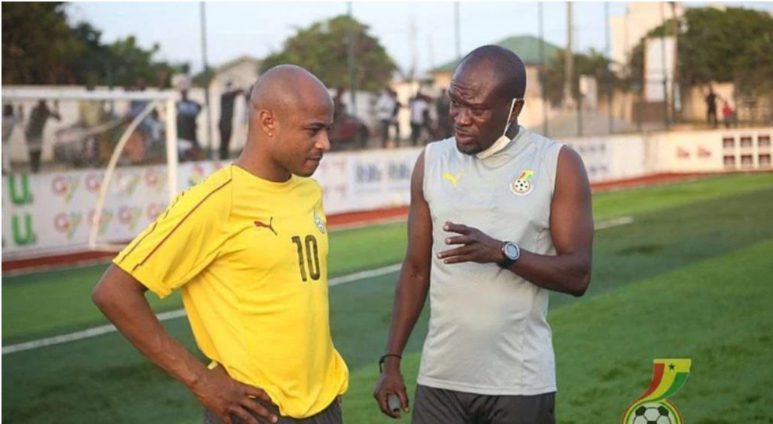 Captain of the Black Stars, Andre Ayew has expressed gratitude to former Black Stars head coach, Charles Kwablan Akonnor in the role he played in Ghana’s qualification to the playoffs of the 2022 World Cup qualifiers.

Akonnor was in the dugouts for the start of the qualifiers until he was shown the exit following Ghana’s loss to South Africa at the FNB Stadium in September, leading to the Stars dropping to the second spot before the last four games in Group.

Despite the huge criticism he received during his time on the touchline for Ghana, Ayew leveled praised on the former coach, crediting him for his part played to ensure the team made it into the playoffs after the Black Stars beat Bafana Bafana to the top spot.

“I want o thank coach C.K Akonnor because he started this qualification process and without him we would not be here now so he deserves credit too,” he said in the post-match conference.

“He also qualified us to the AFCON so just wanted to thank him too for the work he did with us,” he added.

Ayew scored what was his 22nd goal for Ghana in his 100th appearance against South Africa at the Cape Coast Stadium on Sunday, November 14, taking his goal tally in the 2022 World Cup qualifiers to three in six games.