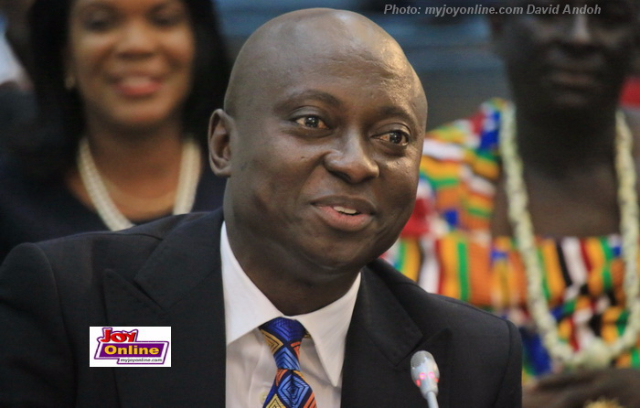 Member of Parliament for Abuakwa South, Samuel Atta Akyea has denied reports citing him among 44 MPs who constantly absent themselves from parliament without permission.

The report, filed by Odekro, a parliament-focused civil society group, cited Mr. Atta Akyea and 43 other MPs to have flouted the laws governing parliament by absenting themselves from the House for 15 sittings without permission.

“…they should be asked to vacate their seats in line with Article 97(1) (c) of the 1992 Constitution of Ghana” the report stated.

Odekro wants the absentees to be summoned before the Privileges Committee of parliament to explain themselves as required by the same constitution.

But reacting to the report on Joy FM's Super Morning Show Tuesday, Mr. Atta Akyea who doubles as the Works and Housing minister denies absenting himself for that long.

“As a matter of fact, I have never done that”, he said. “If you go into the chamber and don’t see an MP, that doesn’t mean he was absent from parliament”, he added.

Mr. Atta Akyea said cabinet meetings sometimes coincide with parliamentary sittings and that can account for him being absent from parliament.

“…but when it’s relevant I could sit in to contribute to businesses that affect my ministry and other matters of significance,” he said.

But I don’t think I have absented myself for 15 days, he maintained.

The minister believes the Privileges Committee can appreciate his conflicting work schedule if it is indeed confirmed that he has been actually absent for that long without permission.

“When it relates to ministers, the committee must look at the situation from another angle”, he added.

He was quick to add that non-ministers who are MPs do not have any excuse to absent themselves from sittings.

NDC MP for Asawase Mubarak Muntaka who is also the Minority Chief Whip explained that the fact that an MP did not sign the attendance book doesn’t mean, the politician was absent from the chamber.

He also indicated that some MPs don’t ask permission because they are on official duty for parliament, citing the MPs who are part of the West African parliament.

“Do I still have to write a leave of absence when parliamentary duties take me out of sittings?”, he asked.

He stated that the majority of Minority MPs who were absent from parliament last Monday were doing their estimates and attending committee meetings.