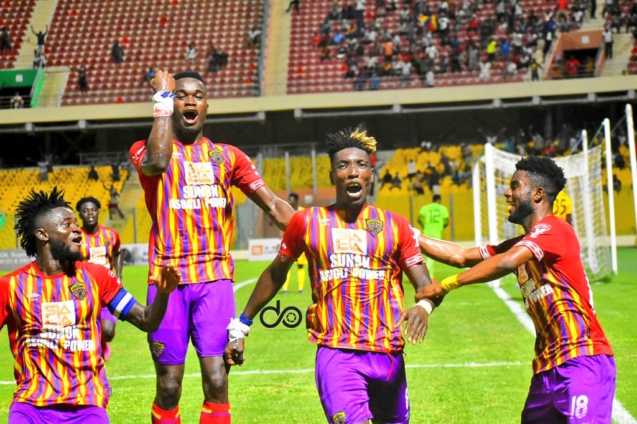 Participating in the CAF Champions League is deemed a big step to putting Ghanaian clubs on the map as they get to compete with some of the best outfits in Africa.

This season, Hearts of Oak will represent the nation after a remarkable run to the 2020/21 Ghana Premier League title at the expense of arch rivals Asante Kotoko and others.

On Sunday, the Phobians will take on Guinean side CI Kamsar in a one-legged tie at the Accra Sports Stadium with the hope of advancing to the next round.

Bragging rights are certainly at stake. However, the opportunity to earn guaranteed money from the competition is extremely important to the Accra-based club. Joy Sports Financial journalist Bill Eshun takes a look at the money zone into detail.

What the money zone means

The money zone in the CAF Champions League is the stage where each participating club are assured of earning some money. Positions, of course are considered in determining the amount earned by clubs.

Clubs go through qualification stages and the best 16 teams compete for the prestigious trophy when all is said and done.

Unfortunately, teams who fail to get to this zone earn nothing from CAF and are expected to handle all expenses themselves.

How prize money is shared

How does the CAF CL prize money benefit Hearts of Oak?

Granted, the money is a start for the competition which is devoid of major sponsors. However, it is not nearly enough for a top team to cover the huge expenses they make throughout the year.

The lowest amount Hearts can receive in the money zone is $550,000 which is $508,229 more than the GPL prize money, a significant difference. Using the highest possible money ($2.5 million), there will be a $2.46 million positive difference, even more significant, leaving more room for investment.

The GFA could also benefit from the money zone as they would be entitled to 5% additional bonus of the amount which could be earned by Hearts.

It is true that the money zone will be a welcome boost for Hearts of Oak. However, it may not be enough to cover all future expenses of the club.

There is the issue of ‘being on your own’ until reaching the CAF CL group stage. At that point, COVID-19 tests, travelling expenses and bonuses among others will surely affect finances. Similar expenses will continue in the money zone level.

Hearts withdrew from the same competition in the 2009/10 season due to ‘lack of finances to mount a serious campaign’. It gives a sense of how much clubs lose money-wise when participating.

It can be argued that CAF’s prize money is not sustainable enough for participating teams. The $12.5 million prize money looks like peanuts as compared to US$168.3m from Copa Libertadores and $2.41 billion from the UEFA Champions League last season. Sponsorships and TV rights play a huge role in the differences.

All eyes on the champions

Due to the coup d’etat in Guinea, Hearts’ encounter has been slashed to a one-legged affair at the Accra Sports stadium on Sunday.

The Accra-based club will be under pressure to topple CI Kamsar and move one step closer to the money zone.