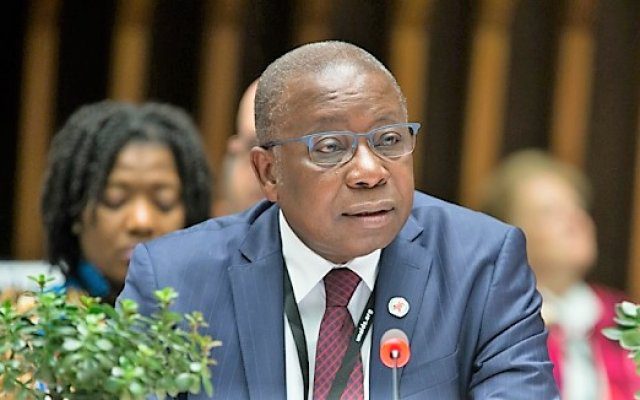 The Health Minister will today, Thursday, June 16, make an appearance in court to testify in the trial of former Deputy Finance Minister, Dr. Cassiel Ato Forson.

Kwaku Agyeman-Manu will be the 3rd witness for the prosecution in the trial.

He is expected to further the case of the state against the three accused persons.

Ato Forson has been charged with causing financial loss to the state over the importation of 30 ambulances that formed part of a consignment of 200 under a contract signed between the Ministry and Dubai-based firm, Big Sea Limited, in 2012.

Also charged are the former Chief Director of the Ministry, Dr. Sylvester Anemana, as well as businessman, Richard Jakpa.

The accused persons are said to have caused the state an amount of 2.37 million euros.

During the last sitting, a witness of the state, Edward Markwei Jr, while being cross-examined by Counsel for Dr. Forson, Dr Abdul Aziz Basit Bamba, said the letter from the Finance Ministry requesting the Bank of Ghana to establish the letters of credit needed additional evidence such as; certification from the Ministry and documents from the supplier before the letters of credit could be established and any payment made.

He told the court presided by Justice Afia Serwaa Asare Botchwey that the most important document required before the letters of credit could be established was the proforma invoice, whose content he said was partly extracted from the contract between the Ministry of Health and Big Sea.

The witness who is also the head of the Trade Finance Unit of the Bank of Ghana emphasised that the letters of credit cannot be established when there is no proforma invoice.