Check out pictures of Akufo-Addo and his wife Rebecca celebrating his re-election - MyJoyOnline.com 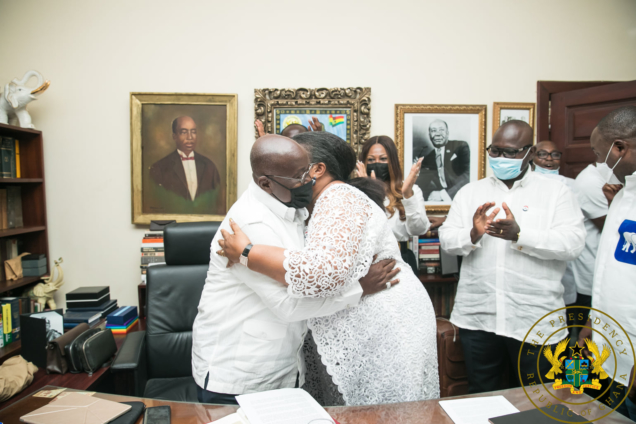 A day after Nana Akufo-Addo was announced as the winner of the 2020 presidential elections, his wife took to her social media handles to share some photos from the night.

The couple along with some members of the ruling NPP had gathered at the President-elect’s Nima residence to listen to the declaration of results by the Electoral Commission.

In one of the pictures, the couple is seen in an embrace, with others looking on and applauding the success of the party.

However, the opposition party NDC have refused to accept the results of the presidential election.

Addressing a press conference, a leading member of the party, Haruna Iddrisu, said the NDC has “overwhelming” evidence that proves that the party’s candidate, John Dramani Mahama won the election.

“We have come to only one irresistible conclusion, that it is a flawed discredited election and therefore we reject the presidential result without any reservation,” he said on Monday.