Check out which countries sent the most delegates to COP27 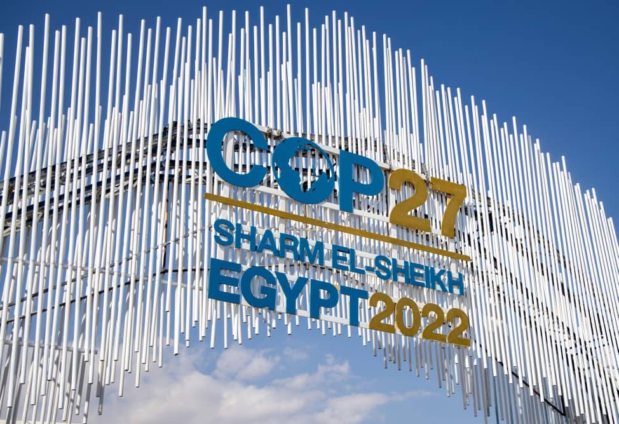 Over 33,000 delegates have registered for COP27, potentially making it the second-largest COP summit in history.

This is according to preliminary figures released by the United Nations Framework Convention on Climate Change (UNFCCC), which are based on the number of delegates who have registered for the summit.

After the summit, the UNFCCC will release the final figures, which are based on participants collecting a physical badge at the venue.

According to preliminary figures, Sharm el-Sheikh has become the second-most-attended climate conference in history.

What does COP stand for?

These conferences, which have an extremely busy schedule, are the foremost global forums for multilateral discussion of climate change issues.

They also include subsidiary body sessions (the SBSTA and the SBI) and any ad hoc negotiating groups. The UNFCCC secretariat assists all institutions involved in the negotiations, as well as the COP/CMP/CMA Bureau, which is the executive body that advises the conference’s President.

The Conference of the Parties, also known as the COP, CMP, and CMA, has two main goals: to review the implementation of the Convention, the Kyoto Protocol, and the Paris Agreement, and to adopt decisions to further develop and implement these three instruments.

The latter can include the formation of any subsidiary bodies deemed necessary. Parties may also negotiate and adopt new legal instruments, such as the Paris Agreement, which the COP adopted in 2015, or the Doha Amendment to the Kyoto Protocol, which the CMP adopted in 2012.

The meetings are run in accordance with certain guidelines (the so-called UNFCCC draft rules of procedure that are being applied by the COP, CMP, CMA and their subsidiary bodies).

However, brokering agreed-upon outcomes within the collective decision-making framework of the COP/CMP/CMA is frequently a highly complex exercise involving negotiation and compromise.

Negotiation and compromise are thus required in the conduct of meetings and the brokering of agreements within the COP’s collective decision-making framework.

The COP evaluates measures taken by Parties and progress made toward the ultimate goal of the Convention based on information available and decisions made.

Unless the Parties agree otherwise, it is an annual summit. In March 1995, the first COP meeting was held in Berlin, Germany. The COP Presidency rotates among the five recognized UN regions, namely Africa, Asia, Latin America and the Caribbean, Central and Eastern Europe, Western Europe, and Others, and the venue of the COP tends to shift among these groups as well.

One year after hosting COP26 in Glasgow, the United Kingdom has handed over the Presidency of the United Nations Climate Change Conference to Egypt, as world leaders, including the United Kingdom’s Prime Minister, Rishi Sunak, convene in Sharm el Sheikh for COP27.

According to reports on the UK government website, the UK’s COP26 Presidency made progress on each of its four goals: mitigation (reducing emissions), adaptation (assisting those already impacted by climate change), finance (enabling countries to meet their climate goals), and collaboration.

At COP26, the United Kingdom pledged £55 million in financial assistance to Pakistan to help with climate resilience and climate change mitigation. This assistance was in addition to the £26.5 million provided by the UK government and the £30 million donated by UK citizens in response to this year’s devastating floods.

After handing over the Presidency, the UK says it will maintain its ambitious climate change goals.

“This year the UK is launching the ‘Accelerating to Zero Coalition’ which will promote the use of more electric cars worldwide. The UK is also initiating the ‘Forest and Climate Leaders’ Partnership’ to halt and reverse forest loss and will be working with developed countries to increase the availability of climate finance to countries such as Pakistan,” a statement on the website indicated.

Which country sent the most delegates to COP27

However, for the time being, the United Arab Emirates has registered the largest party delegation this year. The UAE delegation is the largest, with over 1,000 people.

When compared to the second-largest delegate provider, Brazil, the figures are nearly twice as large.

Delegates representing parties constitute the largest group at COP26. These are nation states, as well as the European Union, that have ratified the Convention and are actively participating in the negotiations. This group has a total of 16,118 delegates.

The final participant lists will reveal how many NGOs were able to participate.

The media is the final group of COP participants. There are 3,350 media representatives registered for COP27, representing 1,306 organizations.

This year, the United Arab Emirates has registered the largest party delegation. The UAE delegation is the largest, with over 1,000 people.

The UAE delegation is nearly ten times larger than the one it brought to COP26 (116). This is perhaps unsurprising given that it has been chosen to host COP28 next year.

When compared to the second-largest delegate provider, Brazil (574), it is nearly twice the size.

Ghana has fewer than 155 delegates. Four more than The Gambia and 24 more than Ethiopia.

“The numbers do not include participants registered with badge types of host country, Party overflow, staff (local, secretariat, security and technical) and temporary,” UNFCCC statement said.

The official document, according to UNFCCC containing the final list of participants will be issued after the closure of the sessions. It will take into account any additional information received by the secretariat before 16 November 2022.

DISCLAIMER: The Views, Comments, Opinions, Contributions and Statements made by Readers and Contributors on this platform do not necessarily represent the views or policy of Multimedia Group Limited.
Tags:
COP27