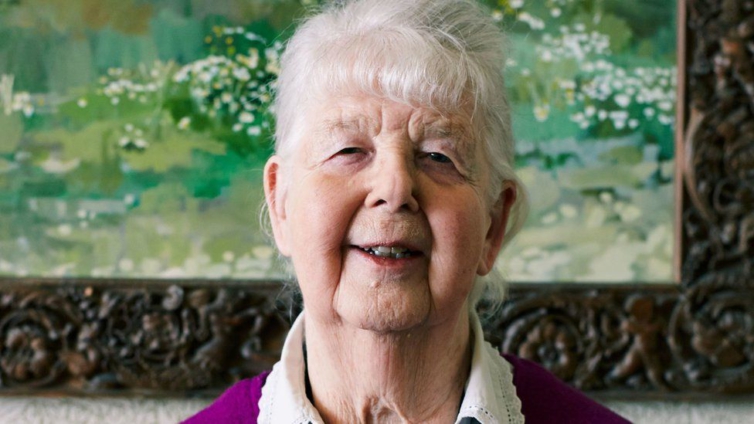 Children's author and illustrator Shirley Hughes has died aged 94, her family has confirmed.

Children’s author and illustrator Shirley Hughes has died aged 94, her family has confirmed.

She died “peacefully at home after a short illness” on Friday in London, her family told the PA news agency.

“Shirley’s books about everyday family life are adored by generations of families and she is held in the highest esteem by her peers,” they said.

Born in West Kirkby, the daughter of department store chain owner shop TJ Hughes, she studied drawing and costume design at the Liverpool School of Art; and fine art at Oxford’s Ruskin School of Art.

Her early work included illustrations for Dorothy Edwards’ My Naughty Little Sister, before she wrote and illustrated her own first book, Lucy And Tom’s Day, in 1960.

Hughes’ much-loved and widely-read series Alfie was first published in 1977 and centred around a young boy and his little sister, Annie Rose.

While Dogger, from the same year, was about a little boy who loses his stuffed dog toy. The inspiration behind it came from a real life lost toy, she told PA in 2017. “We did look everywhere, but we never found it,” she said. “[The actual] Dogger was a present to our son when he was two-years-old.

“At that time, both his ears flopped over, but [Dogger] was pressed so lovingly against his owner’s face that one ear was pushed upwards, so when I came to do the story I used him as a model.”

She added: “When the book was finished, I was told it was too English to be popular abroad, however, it proved to be my big breakthrough and has been published in many different languages all over the world.”

The publication won her the Kate Greenaway Medal, awarded to “an outstanding book in terms of illustration for children and young people”.

She won it again in 2003 for Ella’s Big Chance, a reimagining of Cinderella, and was awarded the inaugural BookTrust Lifetime Achievement award in 2015 by a judging panel which included Sir Michael Morpurgo and Malorie Blackman.

“I have derived so much fulfilment from my long career, first as an illustrator of other artists’ stories and then creating my own,” she said on winning the award.

Hughes, who guest-edited an edition of BBC Radio 4’s Woman’s Hour in 2017, was appointed a CBE for services to Children’s Literature the same year.

She was married to architect John Vulliamy, with whom she had three children. She went on to collaborate with her daughter and fellow illustrator, Clara, on the Dixie O’Day series.

Leading the tributes to her late mother, Clara said her work would “shine brightly forever”.

Shirley Hughes, 1927 – 2022, who showed us that love is kind, brave and loyal, and that the beauty in this world is in the big picture and in the detail. This isn’t goodbye, Mum will shine brightly forever. pic.twitter.com/ZXbAZzrqJh

Other authors and illustrators, such as Michael Rosen, have also been paying their respects online.

Oh Shirley Hughes. May she always have a pile of leaves to jump in. Go well. RIP. pic.twitter.com/8fRadX86U6

A very sad #BookIllustrationOfTheDay – in tribute to the magnificent @ShirleyHughes_ who has died, aged 94. No one observed & captured the touching details of childhood & domesticity like Shirley. Her passing marks the end of a Golden Age. But what a legacy! 💖 A true legend… pic.twitter.com/vUiR9mpKwZ

Such kindness, warmth, love, humour and grace, radiating in such glowing detail from every page, for decade after decade of tireless service to children and their futures.

A beacon of publishing joy and always will be ❤️ pic.twitter.com/wY77NWbZTB