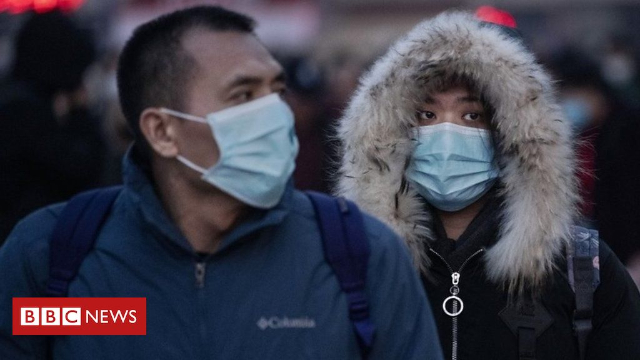 Health officials in China say a coronavirus has killed 15 more people in the province of Hubei, where the outbreak first started.

There are currently 1,287 confirmed cases in China, 41 of whom have died.

It comes as China is begins celebrations of the Lunar New Year, one of the most important dates in its calendar.

Many events have been cancelled and a new hospital is being built in the city of Wuhan.

The virus has now spread to Europe, with three cases confirmed in France.

The first case was in Bordeaux, while the other two were in the Paris area, the French health minister said on Friday night.

Chinese media outlets said the new 1,000-bed hospital could be ready within six days. A total of 35 diggers and 10 bulldozers are currently working on the site. 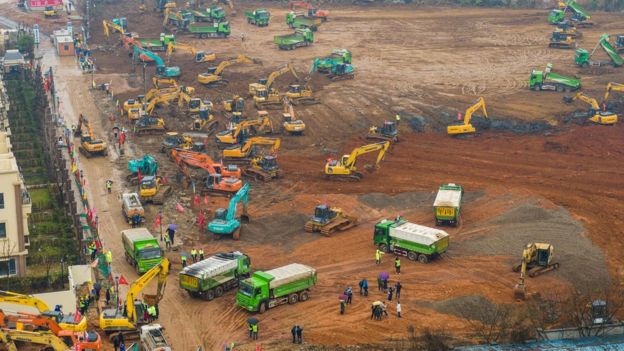 This photo was taken at the construction site on Friday

The project will “solve the shortage of existing medical resources” and would be “built fast [and] not cost much… because it will be prefabricated buildings”, the Changjiang Daily said.

Pharmacies in Wuhan have begun to run out of supplies and hospitals have been filled with nervous members of the public. 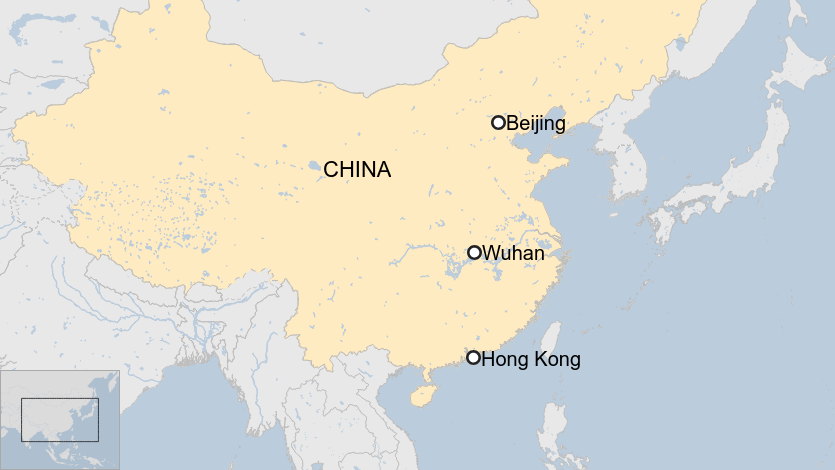 Symptoms seem to start with a fever, followed by a dry cough and then, after a week, leads to shortness of breath and some patients needing hospital treatment.

Around one-in-four cases are thought to be severe.

What restrictions are in place in Hubei?

Wuhan is effectively on lockdown: all bus, metro and ferry services have been suspended, and all outbound planes and trains cancelled.

Residents have been advised not to leave, and roadblocks have been reported.

Ezhou, a smaller city in Hubei, shut its railway station. The city of Enshi has suspended all bus services.

And the rest of China?

City officials in the capital, Beijing, and Shanghai have asked residents who return from affected areas to stay at home for 14 days to prevent the spread of the virus, local media report.

Authorities have also shut major tourist sites including the Forbidden City in Beijing and a section of the Great Wall, and cancelled major public events in other parts of the country, including:

Shanghai’s Disney Resort is temporarily closing, as are McDonald’s restaurants in five cities.

On Thursday, a coronavirus patient died in northern Hebei province – making it the first death outside Hubei.

Another death was later confirmed in north-east Heilongjiang province, more than 2,000km (1,200 miles) from Wuhan. 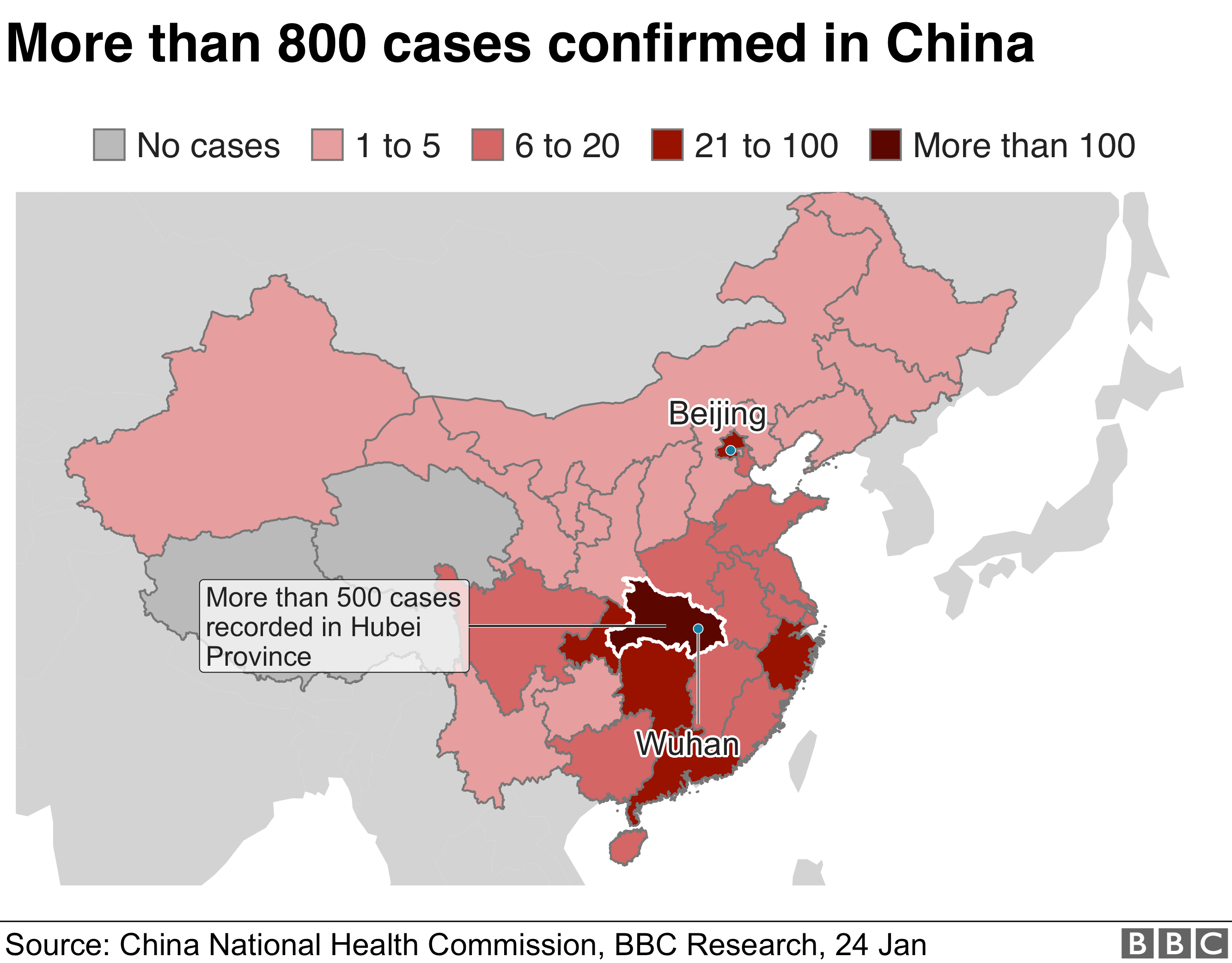 Earlier, when the death toll was 17, information from China’s National Health Commission said the youngest person who died from the virus was 48 and the oldest was 89.

But 15 of the 17 were over 60, and more than half suffered from other chronic diseases including Parkinson’s and diabetes. Just four were women.

French Health Minister Agnès Buzyn said one of the French cases, a 48-year-old man of Chinese origin who had been visiting Wuhan, had been hospitalised in Bordeaux. Little was known about the second case, in hospital in Paris, except that the patient had been travelling in China.

It was likely other cases would occur in Europe, Ms Buzyn added.

She confirmed a third case, in Paris, later on Friday evening.

Earlier on Friday a case was confirmed in Chicago, the second in the US.

Singapore confirmed its third case, known to be the son of another patient, also on Friday. Nepal recorded its first case on the same day.

Thailand has five cases confirmed; Japan, Vietnam and South Korea two each; and one in Taiwan.

Other nations are investigating suspected cases, including the UK, US, and Canada.

The World Health Organization has not classed the virus as an “international emergency”, partly because of the low number of overseas cases.

“It may yet become one,” said the WHO’s director-general, Dr Tedros Adhanom Ghebreyesus.