CK has been paid regular salary for 2021, earlier payment was not to clear outstanding arrears – Sports Minister 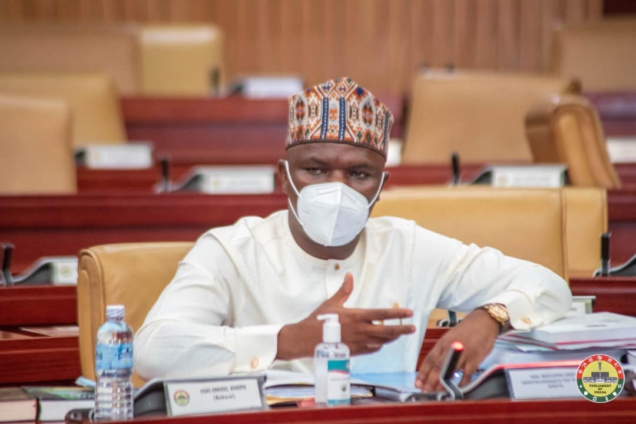 “I can say categorically that since I assumed office I have paid the coach seven months of his salary, and I have been in office for six months,” Ussif said when quizzed by Joy Sports.

About two weeks ago, CK Akonnor revealed in a press conference he has not been paid for seven months.

And, the Minister, who succeeded Isaac Asiamah in March this year, insinuated the position of CK is untrue, insisting that, he has been paid what is due him since the run of the year.

“It is important I clear this issue,” Ussif, began

“The impression should not be created as if the last seven months, nothing has been done with the coach’s salary,” the Member of Parliament for Yagaba/Kubori constituency continued.

The Minister explained that his office inherited a debt which he is making efforts to clear, and did make payment to avoid compilation of more arrears.

“The real fact is that,” he began “before I assumed office, there were outstanding payments for the coach, so I engaged the coach and the GFA (Ghana Football Association) and I said it is not acceptable to owe our coaches when they are delivering, especially when he has qualified us to the AFCON.

“So, every effort I am going to make to ensure we don’t compile additional debt, I will do it while taking steps to clear the outstanding that’s why the outstanding is seven months.

“It is not as if this year, the coach has not been said, that’s not the fact of the matter.

“He has been cleared this month and we don’t owe him anything for this year, but there’s an outstanding debt of which we are making efforts to clear,” he clarified.
Earlier this year, CK Akonnor, and his predecessor, Kwasi Appiah were paid by the Ministry of Youth and Sports a combined $230,000.

For Appiah, it was monies due him before his contract with the national team expired in December 2019, but Akonnor, according to the minister, it was a regular payment made to him, and that part of his outstanding arrears will be paid when his next salary is due later this year.

CK Akonnor was hired as Black Stars Coach in February 2020. He led the senior national team to qualify for the next edition of thr AFCON to be staged in Cameroon.
He leads Ghana’s 2022 world cup qualifying campaign this week against Ethiopia and South Africa.