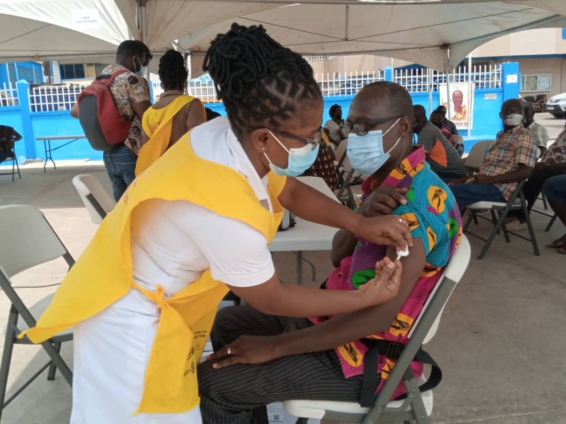 President Akufo-Addo is hopeful that Ghana will achieve its target of vaccinating 20 million people by the end of the year despite receiving 5 million doses of vaccines so far.

Speaking at the 76th session of the UN General Assembly, he said, “We’re still hoping to vaccinate 20 million of our people by the end of the year.”

Ghana’s vaccination drive has experienced a few setbacks due to shortage of vaccines.

According to the vaccination update on the Ghana Health Service website, 1,271,393 total vaccine doses have been administered as of July 14, 2021.

The President, in his address, did not state how the 20 million target was going to be achieved with three months to end the year.

He told the Assembly that Ghana recognised that vaccination is the way to protect populations and revitalise societies.

In the case of Africa, the President stated that vaccinating seventy per cent (70%) of the population in the shortest possible time, as is being done elsewhere in the world, means some nine hundred million Africans have to be vaccinated.

Also, during his speech, President Nana Akufo-Addo decried moves by some countries in Europe not to recognise Covishield, the Indian version of the AstraZeneca vaccine.

His comments come on the heels of the “simplified travel measures” announcement recently by the UK government and, indeed, by some countries in Europe, which takes effect from October 4, 2021.

The measures specify that persons who have received double-dose vaccines such as Oxford-AstraZeneca, Pfizer-BioNTech or Moderna or the single shot Janssen vaccine “under an approved vaccination programme in the UK, Europe, US or UK vaccine programme overseas” will be considered fully vaccinated.