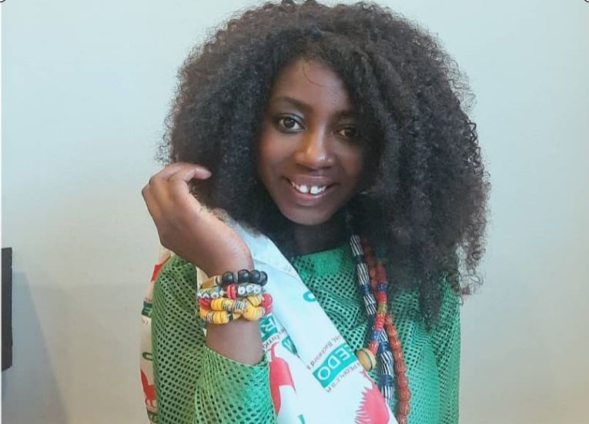 The Convention People’s Party (CPP) has appointed Akosua Asamoah, a member of the party’s youth league, as its Youth League Diaspora Coordinator.

The appointment offers Akosua the “opportunity to link the youth league to all youth branches in the diaspora including the UK and Ireland Branches, United States of America, Canada (Ontario), Italy, and Germany”.

A letter signed by Osei Kofi Acquah, the party’s National Youth Organiser, congratulated her and indicated the CPP’s expectation of her full support in ensuring the “proper and effective organisation of our party”.

Akosua Asamoah has assured the party of her readiness to help transform the youth league. She stated that her topmost priority is seeing a transformed CPP that is battle-ready to wrestle power from the governing NPP in 2024 and win back some traditional CPP parliamentary seats.

She later enrolled at the Casparus College in Weesp (Netherlands) and read her degree programme also in the Netherlands.

Akosua is currently reading a post-graduate programme at the Accra Business School.

Politically, she has been involved in activities of the CPP at the National level for the past 12 years has worked closely with the party’s former Acting Youth Organiser, Nabila Basiru; National Organiser, Yirimambo Moses; Former Vice-Chairman and acting chairman, Hamdatu Ibrahim and former chairman, Professor Edmund Delle.

She is a private businesswoman and the Chief Executive Officer of Afrigha limited, which deals in health essentials.

Her company is also an agency that works closely with Ghanaians in the diaspora who are interested in investing in the country.

She is also the co-director of ELT- Technical sourcing, which deals in electrical and mechanical parts.

DISCLAIMER: The Views, Comments, Opinions, Contributions and Statements made by Readers and Contributors on this platform do not necessarily represent the views or policy of Multimedia Group Limited.
Tags:
Akosua Asamoah
CPP
Youth League Diaspora Coordinator