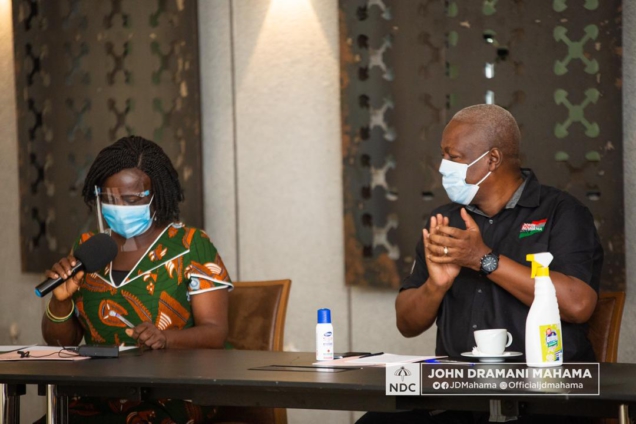 Women’s groups are looking beyond the December election for how the National Democratic Congress (NDC) would handle its running mate and other gender issues either in victory or defeat.

Private legal practitioner, Deborah Dzawa Donkor believes the selection of Prof Jane Naana Opoku-Agyemang for the role can tilt the tables in favour of the opposition party.

She, however, cautions the NDC will be made to answer for any tendencies to suggest the appointment of the former University of Cape Coast Vice-Chancellor is just a vote-winning gesture.

“The NDC must remember that we intend to hold them accountable if they win or if they don’t. And it’s not going to be like it’s just there that Prof Naana Opoku-Agyemang is not going to be just a token to, as it were, appease females and as Nana said, swing the women’s vote in the favour of the NDC.

Speaking on Luv FM’s Decision 2020 on Election headquarters, the lawyer explained that the likelihood of the NDC winning this year’s election was quite high considering they are the main opposition party which also heightened the chances of Prof. Opoku Agyemang becoming the country’s first female Vice President

She, therefore, urged the NDC running mate to uphold the ideals of women empowerment if she wins the election, against head diving into party politics at the expense of the women who voted for her.