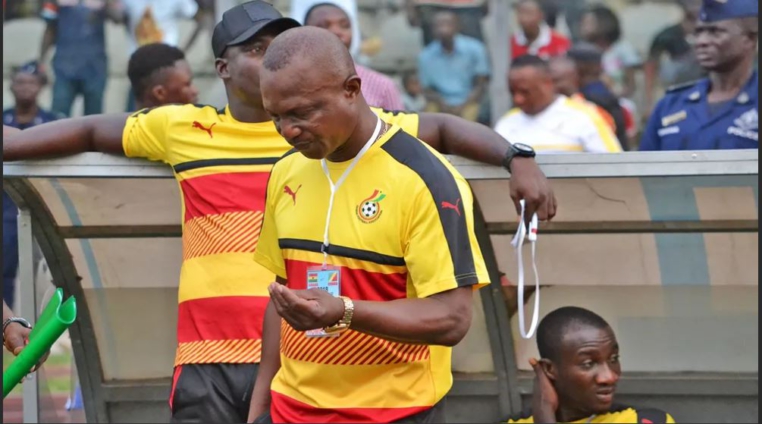 Appiah, who was on a $35,000 monthly salary during his second tenure between April 2017 and December 2019 had issues with Dr Amoah for his refusal to invite Sulley Muntari and Kevin Prince Boateng to the Black Stars despite an order from the then GFA boss.

Dr Amoah earlier threatened to sack the Appiah for not following his orders.

“He threatened to sack me but I told him I am not afraid of being sacked. Those threats, I have heard them several times but I’m not the type that those threats get to me,” Appiah said on Prime Take with Muftawu Nabila Abdulai on the Joy News channel on Sunday.

Appiah’s contract was expected to end in April 2019, but due to the AFCON which was moved to June-July, it was extended to have him lead the team to the competition, but before that Dr Amoah wanted to cut his salary.

“He had a conversation with me about my contract and he was thinking of reducing my salary, but I told him look, you can’t reduce my salary, then he should take the job.

“He thought I didn’t deserve the [$35,000] salary I was on and when you do that, you are disrespecting whoever you are dealing with.

“His posture even showed that he had no respect,” he noted.

He questioned if Dr Amoah would have had the temerity to try to reduce the salary “If it was white guy in charge of the team, or the one who was there before [Avram Grant], we were paying more than $50,000, would he have done that?

“Is it because I am a Ghanaian, I don’t deserve to be paid well? I even said if you are reducing my salary to give it to my assistants, I will be fine with it, but not to just reduce it, that I won’t accept.

“He should take the job,” he said.

Kwasi Appiah led the Black Stars to exit the tournament at the round of 16 stage after losing to Tunisia via penalty shootout.

DISCLAIMER: The Views, Comments, Opinions, Contributions and Statements made by Readers and Contributors on this platform do not necessarily represent the views or policy of Multimedia Group Limited.
Tags:
Black Stars
Dr Kofi Amoah
Kwasi Appiah