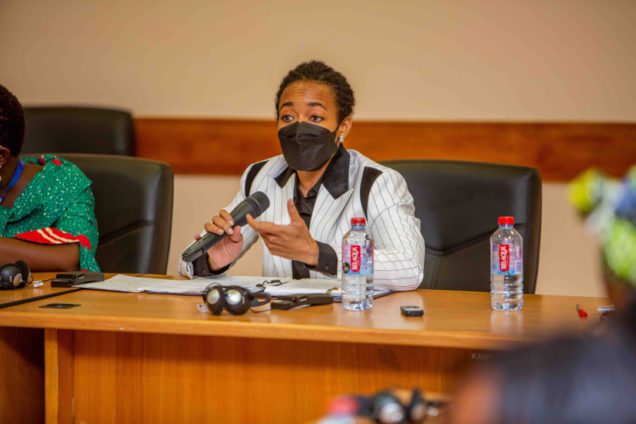 Member of Parliament for Klottey Korle, Dr. Zanetor Agyeman-Rawlings has urged the Economic Community of West African States (ECOWAS) to sanction governments in the region who abuse their constitutions and undermine the will of the people.

She said this must be done in addition to penalising countries that have recorded coups recently.

“As we look at countries where there have been coup d’états and they have been expelled from participating in some of the ECOWAS events, what about the countries where constitutions are being used to undermine the will of the people?

The Klottey Korle Member of Parliament made the call at the recently held Second Kofi Annan Peace and Security Forum held at the Kofi Annan International Peacekeeping Training Centre (KAIPTC) in Accra.

Speaking during a panel discussion under the theme, “Youth and Women in Democracy”, Dr. Agyeman-Rawlings said the spread of violent extremism in the Sahel, has its root causes in poor governance, listing corruption, unemployment, and the lack of basic amenities as easy picks for extremists.

“If poor governance creates a vacuum in deprived areas, it will be filled by these extremist groups who will be perceived as heroes by the communities they support. The gap between the government and the people created by corruption, a lack of responsiveness, and lack of provision of basic amenities and opportunities for economic empowerment, is simply being occupied by these violent extremist groups, undermining the quest to consolidate our democracy,” Dr. Agyeman-Rawlings stated.

Touching on inclusivity in Parliament and other national institutions, the MP said with only 40 women in a Parliament comprising 275 members, it is necessary to look at political party reforms.

Parliament, she noted, cannot be blamed for the number of women legislators because efforts rather have to be made at the political party level to groom potential women to be ready to contest and win elections.

Dr. Agyeman-Rawlings also cited “the curse of at least one woman” where there are constitutional clauses that require that at least one woman is appointed to certain boards and state institutions, as one of the problems facing women because it is usually interpreted as one woman per board.

So rather than it helping to ensure a level playing field in terms of gender parity, it rather places women in a corner.

She said the issue of parity, gender-wise, should be approached in a holistic manner, explaining that in policy formulation, the immeasurable aspects of women’s roles in the home and how much they contribute towards keeping the family together, must be properly valued financially.

She lamented how in apportioning budgets, the Ministry of Gender, Children and Social Protection receives one of the lowest budgets.

“And when you have youth as well, some of the Ministries or places where you have the mention of youth, you find that there is not enough support. So it has almost become a problem where identifying where the weakness is almost reinforces the weakness. We need to find ways to ensure that as we identify these problems, we are also coming up with pragmatic solutions to address the weaknesses,” the MP stated.

DISCLAIMER: The Views, Comments, Opinions, Contributions and Statements made by Readers and Contributors on this platform do not necessarily represent the views or policy of Multimedia Group Limited.
Tags:
ECOWAS
Zanetor Agyeman-Rawlings