Enimil Ashon: I can give NDC 10% more in Ashanti Region - Kojo Bonsu - MyJoyOnline.com

Enimil Ashon: I can give NDC 10% more in Ashanti Region – Kojo Bonsu 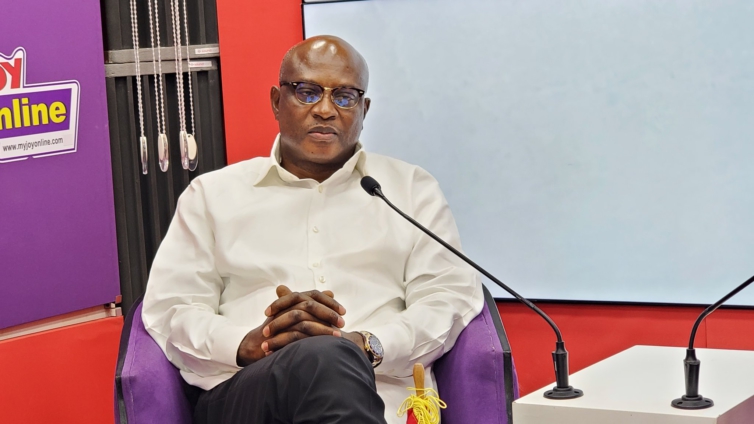 Kojo Bonsu, former Board Chairman of the National Sports Authority.

If you are in National Democratic Congress (NDC) and are mad at Mahama for starting his 2024 campaign “too soon”, I have a piece of advice for you: go burn the sea. Mahama doesn’t need anybody’s fiat nor is he enjoined by the NDC Constitution to wait for other contestants to kick-start his race to Jubilee House 2024.

My only problem with his tour is that he is making it look like an NDC campaign, what with the General Secretary and Party Chairman in tow everywhere he goes. Though it is put out that Mahama is on a “Thank You Tour”, the undiscerning among NDC’s four million-plus supporters may not know the difference: they’d think the General Secretary, the Chairman, and indeed the entire top brass of the party are in Team Mahama.

I had wished Professor Naana Opoku Agyemang would be the one to advise the ex-President against running a third time. Perhaps she is waiting till after the Thank-you tour. Or has she herself been bitten by the bug? That’s none of my or anybody’s business. Mahama may choose to run or to decide that from what he has experienced at the District Assembly level, as MP, as Minister, as Veep and as President, his best role would be that of an a-political elder statesman.

However, if he decides to run, the race is open.

If he decides to run, however, there are many in the NDC who can pour sand in the ex-President’s gari, not as enemies but as friendly foes.

That is why rather than sulk and whine, former Central Bank Governor and former Finance Minister, Kwabena Dufuor, has mounted the soap box and, by the power of television, began a programme to imprint his image on the minds of NDC supporters. Audacious, if you ask me, though I confess that seeing his hat in the ring surprised me.

He has proved himself a tomorrow thinker: nobody coupled the creation of his media empire with his presidential ambition. Tacticians like him can give a contestant plenty to worry about, though I am not sure I forgive him for deserting the CPP.

Kojo Bonsu is the surprise. Surprise because though he has always been on the NDC train – more in the camp of the party’s tacticians, said to have played no mean role in getting Prof Atta Mills elected – his ambition to be president had remained hidden.

On the way to this ambition, he had been Mayor of Kumasi, worked for the Ghana Football Association and was Board Chairman of GOIL.

Of the places which have had the good fortune of associating with Kojo, the most outstanding is GOIL. As Board Chair, he sat in the seat of the Managing Director, during which period, GOIL got its mind-altering dose of creative entrepreneurship. He led the brand changing campaign that brought GOIL from the doldrums to the top of the oil marketing giants.

It was as Mayor of Kumasi that the name Kojo Bonsu became a household name, for good and for ill. Remember Rattray Park, one of his initiatives. I personally think this is one facility every city in Ghana needs, a decent place to enjoy wholesome relaxation with the family.

His success with the new Kumasi Kejetia Market was the beginning of his undoing. He stepped on too many toes in the city, so it was easy for his detractors to get word through Manhyia that Kojo was arrogant. Many years later, however, Kojo Bonsu can point to conversations that assure him that Ashanti fondly remembers him.

It is to Ashanti that Kojo Bonsu is asking the NDC to turn.

“I believe NDC must face the fact: winning 2024 will be on the back of an assurance that we will increase our Ashanti votes by, at least, 10 per cent. Fifteen per cent will be gravy but 10% more Ashanti votes will see us at Jubilee House.”

How can NDC achieve that? To this Kojo declares:

I asked him if he did not feel intimidated by the stature of John Mahana. He did not reply directly, except to declare that the NDC needed a change. “John Mahama’s successive defeats is an obvious indication that Ghanaians would want a new candidate. It is the people telling the NDC that the party needs a new face.”

Kojo Bonsu/Dufuor aside, I think the former President is running out of excuses for his defeat in 2020. At the time he and his party were calling press conferences to declare victory for him and the majority seats in Parliament, who was the EC chair? The latest Mahama excuse is that military men forced polling station officials to declare the election for Nana Addo. Why was this accusation not included in the reliefs he sought at the Supreme Court? Who goes to court and leaves their evidence at home?

Mahama’s target audience on his Thank You Tour is the four million NDC supporters, especially those who will turn up to elect the flagbearer. His message to them is clear: “I didn’t lose the election. I won but I was cheated. Give me another chance and I will lead the NDC to do or die in assuring victory.”