Mourners have begun pouring into a museum in Detroit to pay their respects to the body of the Queen of Soul Aretha Franklin.

The singer's gold-plated open coffin was placed on display for hundreds of grieving fans at the Charles H. Wright Museum of African American History.

Fans of the singer travelled from across the length and breadth of the US to see her lying in state, dressed in red from head to high-heeled shoes, legs crossed at the ankles.

Museum board member Kelly Major Green said the goal was to create a dignified and respectful environment akin to a church, the place where Franklin got her start. 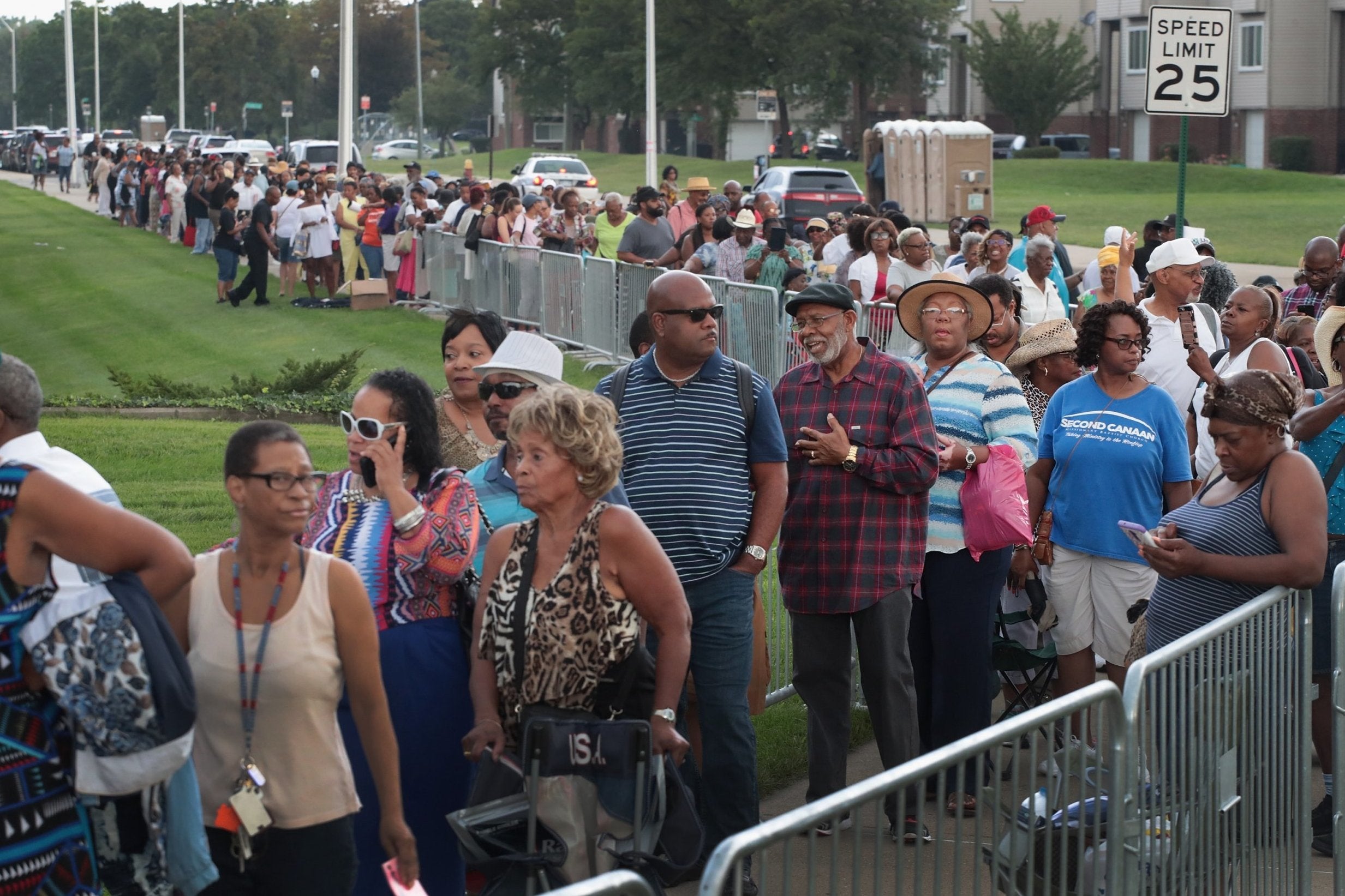 "What we wanted to do is be reflective of the Queen," Ms Green said. "It's beautiful. She's beautiful." 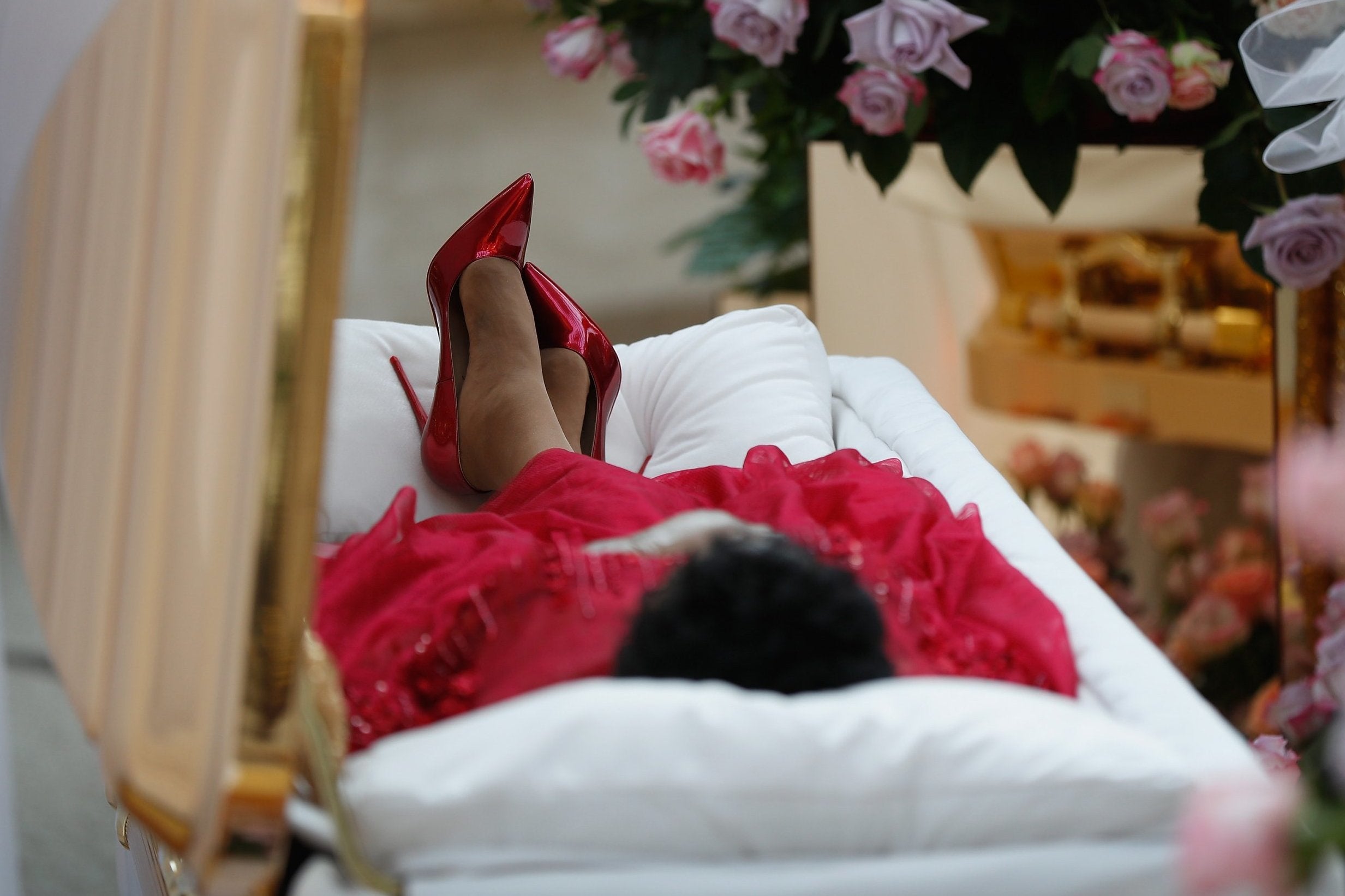 Ms Green said Franklin's attire and pose communicates both power and comfort, as she did in life.

The shoes, in particular, show "The Queen of Soul is a diva to the end," she said. 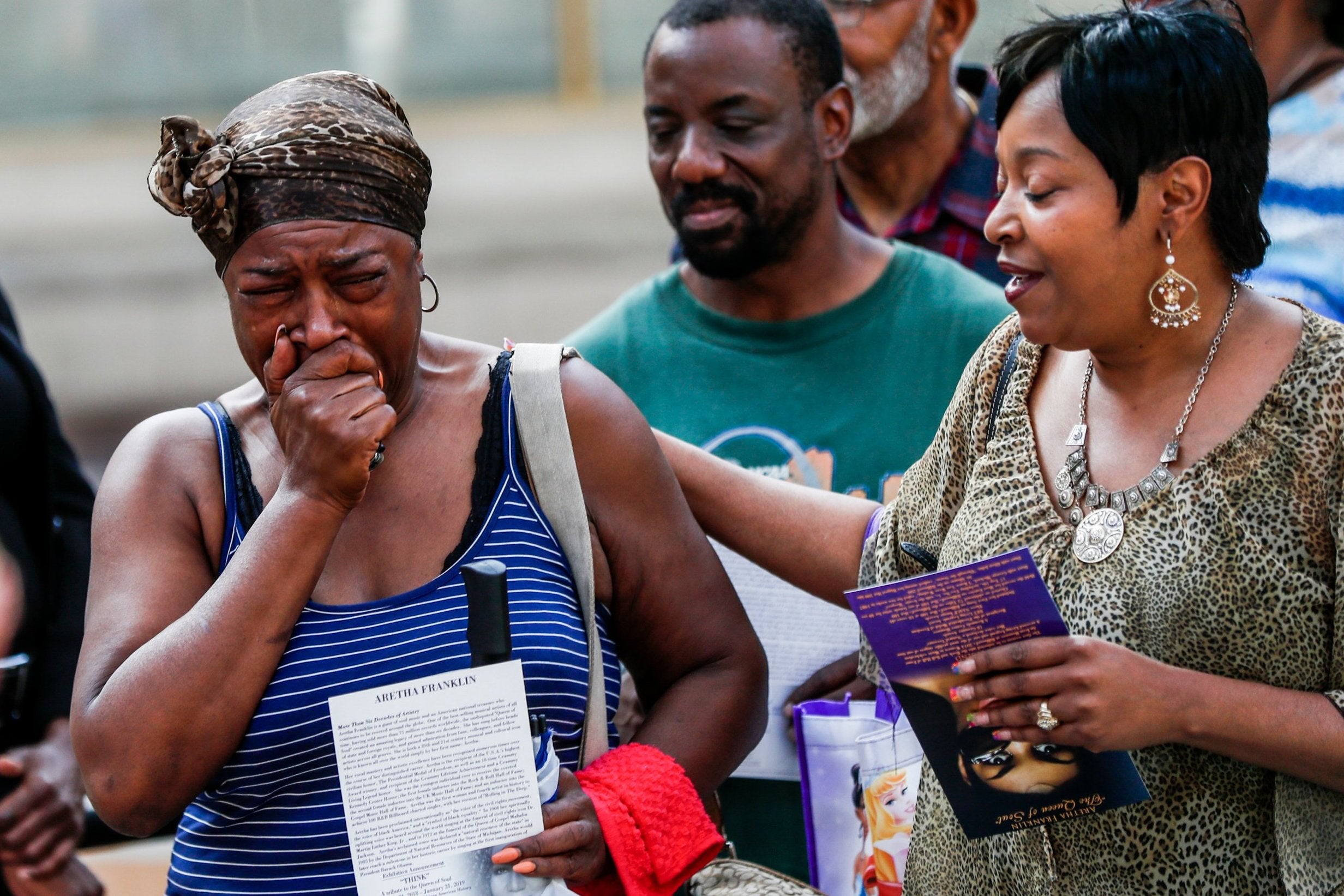 Tammy Gibson, 49, from Chicago said she arrived about 5:30 a.m. She came alone but made fast friends with others who sang and reminisced. 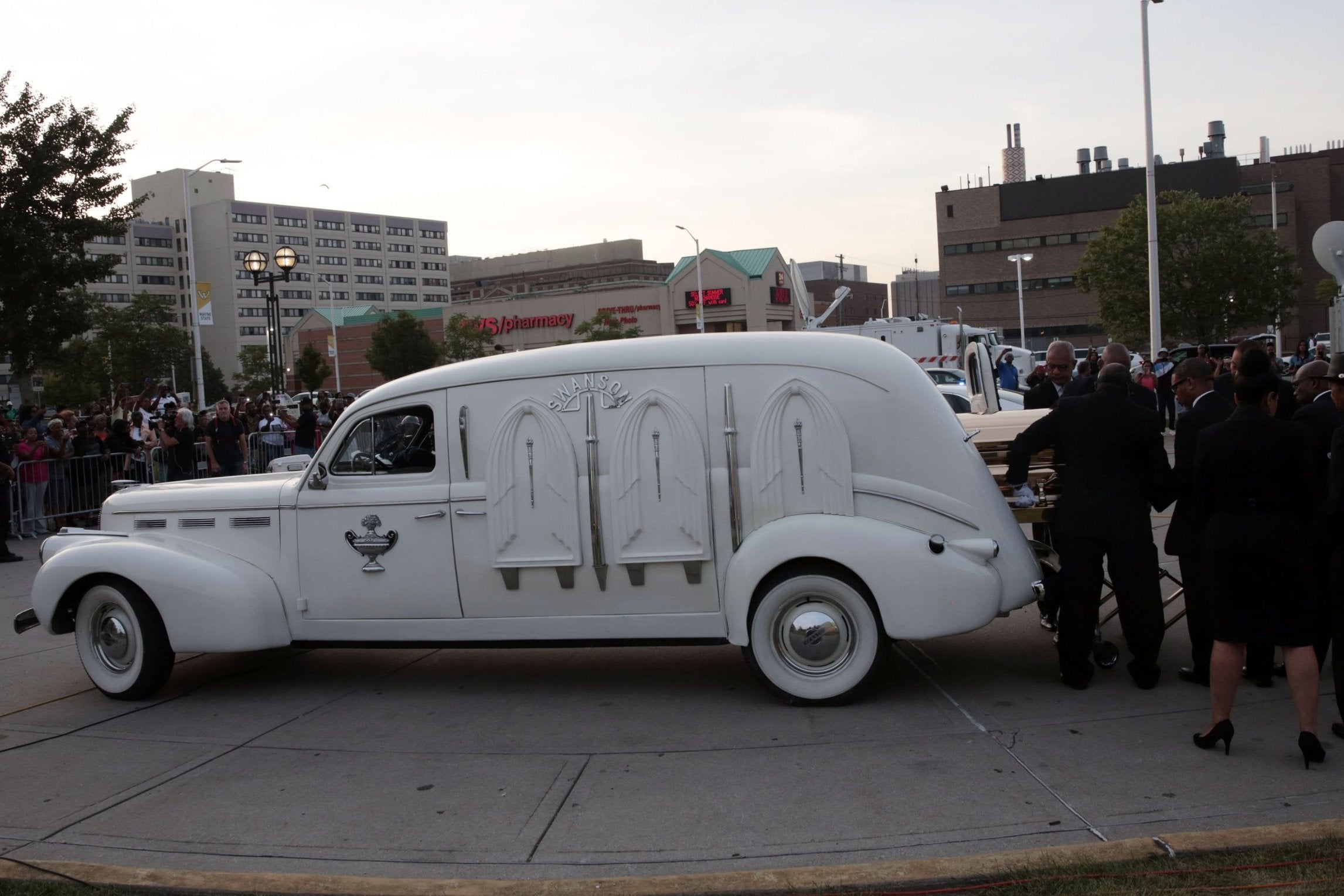 Growing up, Ms Gibson said she heard Franklin's music "playing all the time" by her parents, who, "told me to go to bed - it's an adult party."

Outside the museum, she said: "I know people are sad, but it's just celebrating - people dancing and singing her music." 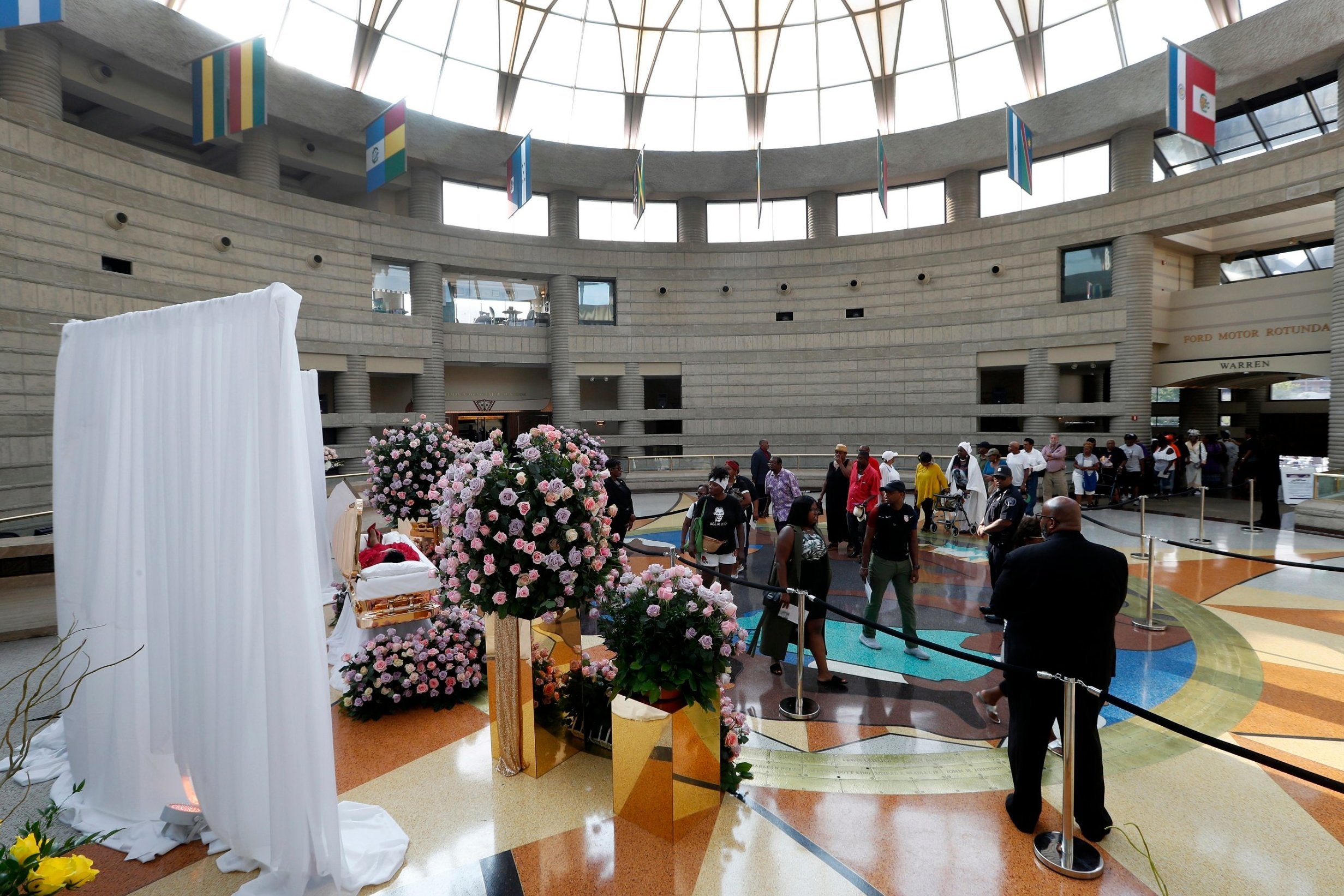 Aretha has been a constant in her life.

"I saw the gold-plated casket - it dawned on me: She's gone, but her legacy and her music will live on forever."

Aretha Franklin's body will be on display to the public for two days. 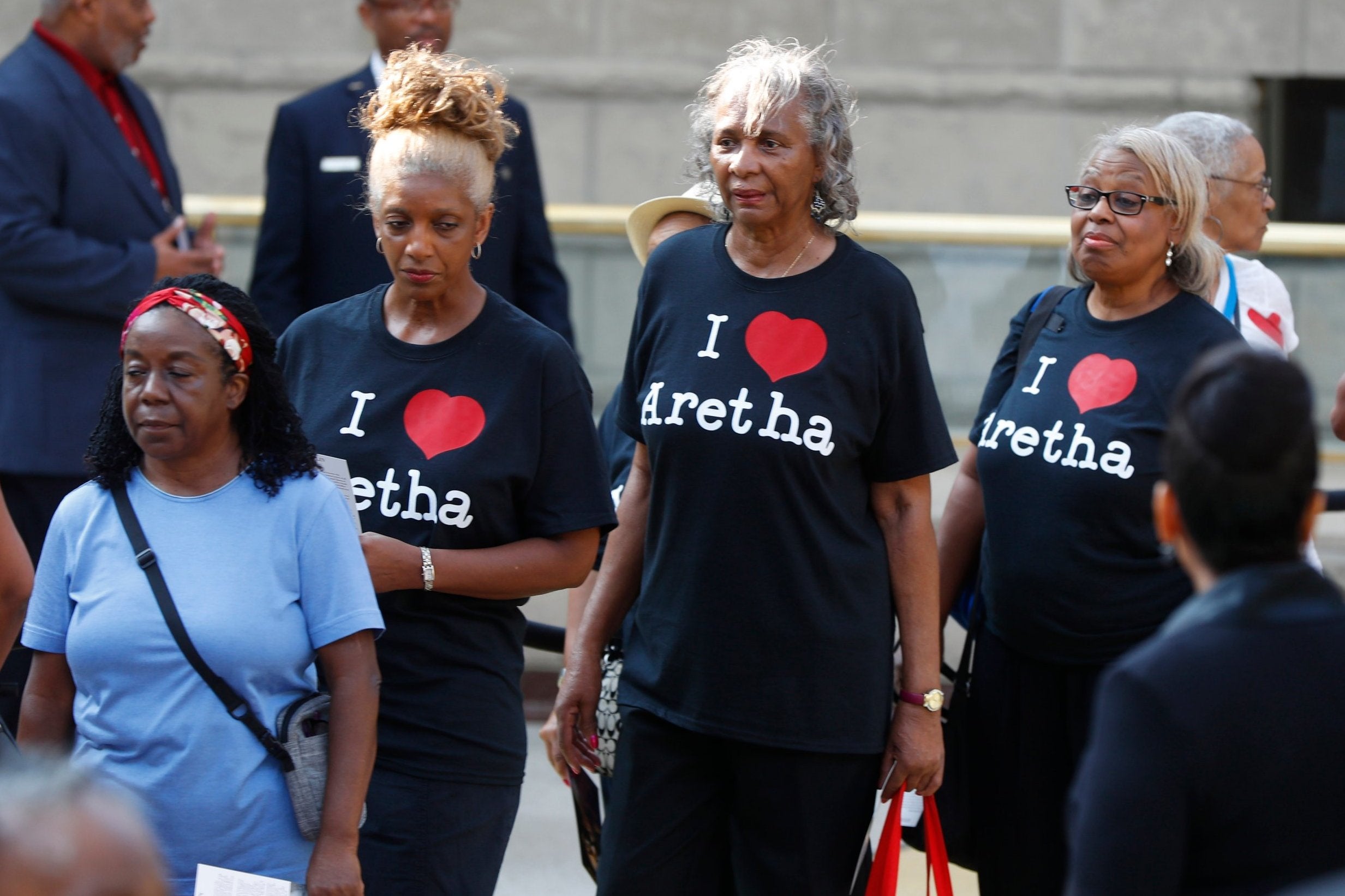 Paula Marie Seniors, an associate professor of Africana studies at Virginia Tech said it was a fitting tribute to the singer.

"I think it's incredibly significant - she is being honoured almost like a queen at one of the most important black museums in the United States," she said.

She said the Queen of Soul was "a singer of the universe." She added that Franklin, who died on August 16 of pancreatic cancer at the age of 76, also was "so unapologetically black - she was so proud of being a black woman." 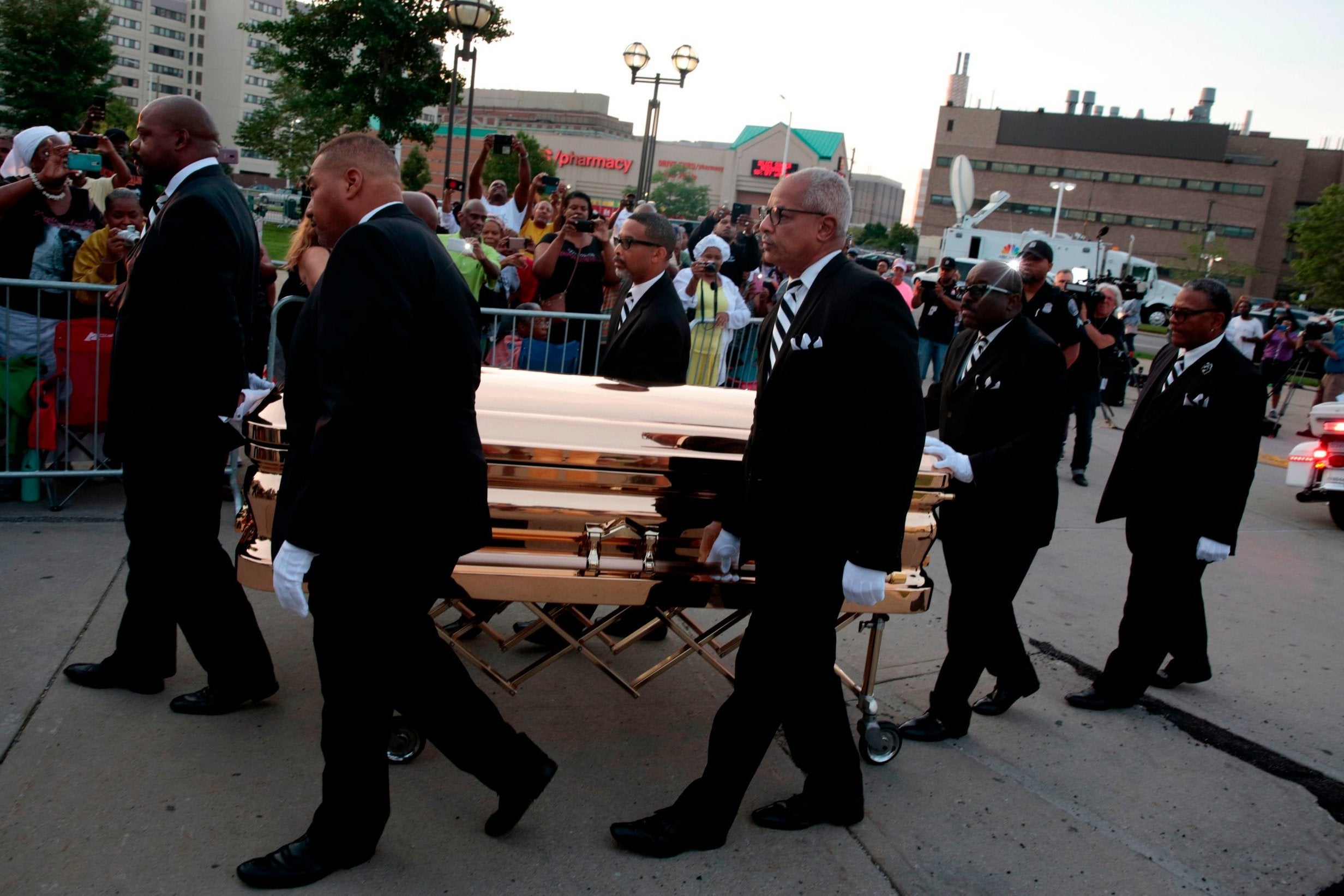 The museum, which had been the largest black museum in the U.S. until the National Museum of African American History and Culture opened in Washington, D.C., in 2016, also hosted similar viewings for civil rights icon Rosa Parks after her 2005 death. In further symbolic symmetry, Franklin sang at Parks' funeral, which was held at the same Detroit church as Franklin's, and the singer will be entombed in the same cemetery as Parks.

The women came to their activism from different places and used different techniques, but "in the long run, they were both fighting for the same cause, which is freedom," Ms Seniors said. She added that if she could attend the viewings, she would bring her 8-year-old daughter, Shakeila, who loves singing along to Aretha Franklin's videos.

"I want my daughter to know anything and everything about African-American culture and history," said Ms Seniors, whose father, Clarence Henry Seniors, was roommates at Morehouse College with Aretha's brother, Cecil. "I would want my daughter to know of the people like Aretha Franklin - to be able to listen to that voice ... and hear that there is something special about it."