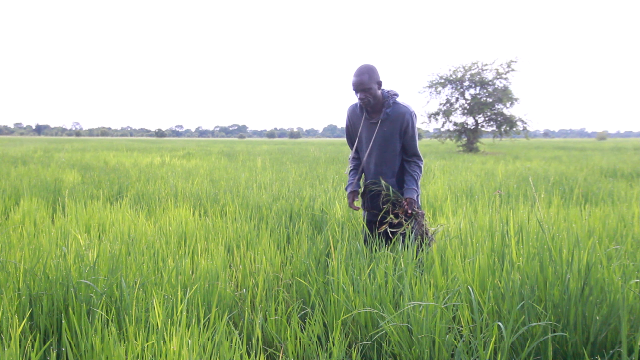 Farmer services workers are being encouraged to venture into farming themselves to serve as additional motivation for farmers they serve.

Kintampo North Municipal Director of Agriculture, Simon Yambor, says it is easier to win people over to invest into a business with mentorship.

“How do you tell people to go into farming when you don’t have one”? Mr Yambor asks to buttress his point that, workers at the Ministry of Food and Agriculture must have farms to serve as evidence that, farming is good business.

“You don’t have any excuse to say there is no land in your area,” he said adding that, there are good examples of people who travel kilometres away to grow crops or rear animals.

Mr Yambor also bases his arguments on that fact, many extension agents find it difficult to introduce new varieties to farmers because there is no evidence on the ground to convince them.

For Mr Yambor who has about 500 acres of rice farm, there is no need to even try to convince for any farmers – show them the evidence.

He says extension agents should rather show them testimonies by a way of planting them.

According to him, his farm served as the reference for some farmers to cultivate new varieties under the Planting for Food and Jobs programme.

Recounting his journey, he said he started with just an acre of farmland which gave him about 19 bags of rice at a shorter period than other farmers’ own.

He disclosed that the local farmers rushed to buy his produce even before it gets to the market.

“It was difficult to get farmers to plant the new varieties. But today, they are rushing to our office because they saw what I harvested,” he explained.