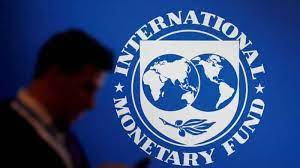 The International Monetary Fund (IMF) and Ghana are expected to reach a staff-level agreement on a loan deal by Tuesday at the latest, said three sources with knowledge of the ongoing talks.

The IMF did not immediately respond to a request for comment. A spokesperson for Ghana’s finance ministry said they cannot comment beyond that the negotiations were ongoing.

Two sources said that the IMF program was expected to be an extended credit facility, which provides financial assistance to countries.

One of those sources and a third source said that major hurdles in the negotiations were overcome this week which sped up the process.

Ghana turned to the IMF for help in July, and an IMF team is currently in the country until Tuesday.

Finance Minister Kenneth Ofori-Atta has said he is hoping for a relief package of up to $3 billion, possibly over a three-year period, as the West African country faces its worst economic crisis in a generation.

The cocoa, gold, and oil-producing West African nation has said it needs the deal by the end of the year.

The government has begun restructuring its debt this week by rolling out a plan to swap $10.5 billion in local bonds with new ones, but has not yet announced plans for a foreign debt restructuring

One source close to the matter said that the conditions for an external debt restructuring were the final hurdle and that an agreement was expected to be reached on Friday.

DISCLAIMER: The Views, Comments, Opinions, Contributions and Statements made by Readers and Contributors on this platform do not necessarily represent the views or policy of Multimedia Group Limited.
Tags:
Ghana
IMF