FA Cup: Hearts win on penalties to join Bechem, Aduana and five others in quarter-final 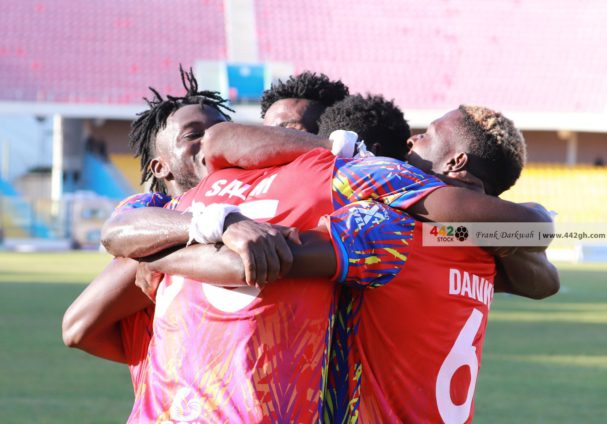 Accra Hearts of Oak have another opportunity to defend their MTN FA Cup title after beating Elmina Sharks in the last 16 on Sunday, March 27.

The Rainbow club had to dig deep to advance past the Elmina-based club, needing an epic penalty shootout to seal victory and progression into the next round.

In Bechem, Bechem United put four goals past Kumawuman United, who only scored twice to end the game with a 4-2 scoreline.

Division One League Super Cup winners, Skyy FC beat Heart of Lions to also advance into the last eight of the competition.

Kotoku Royals also defeated Ebusua Dwarfs with a 1-0 scoreline at home while Aduana Stars proved the better side against Berekum Chelsea.

On Saturday, King Faisal beat Real Tamale United to earn a spot in the quarterfinal while Dreams FC also needed penalties to edge out Legon Cities at the El Wak Sports Stadium.

Tamale City complete the set-up for the next round after their resounding 5-2 win over Young Apostles.