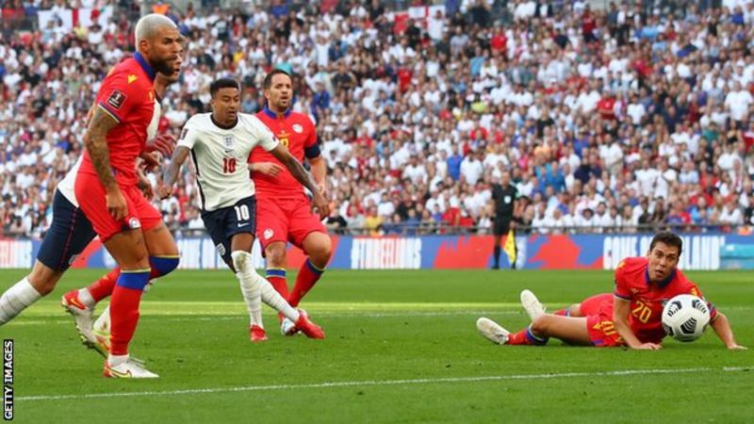 England secured a predictably comfortable win over Andorra at Wembley as the smooth path to next year’s World Cup in Qatar continued with a fifth successive victory in their qualifying group.

Manager Gareth Southgate made 11 changes from the side that won 4-0 in Hungary in readiness for arguably the toughest test in European Group I, in Poland on Wednesday.

Leeds United striker Patrick Bamford was given a debut but was unable to find the net in the usual one-sided contest against Andorra, although their damage limitation exercise was relatively successful until the last 20 minutes.

Jesse Lingard gave England the lead with a left-foot finish after 18 minutes but it then took then until the 72nd minute to double their advantage when Harry Kane, on as substitute for Bamford, scored his 40th goal for his country from the penalty spot after Christian Garcia fouled Mason Mount.

Andorra, inevitably, tired and Lingard got his second and England’s third with a low shot that the evaded the grasp of Andorra keeper Josep Gomes.

And in a moment greeted with real joy around Wembley, Arsenal’s Bukayo Saka, whose last Wembley experience was missing the decisive penalty in England’s Euro 2020 Final loss to Italy, celebrated his 20th birthday by scoring with a neat header five minutes from time.