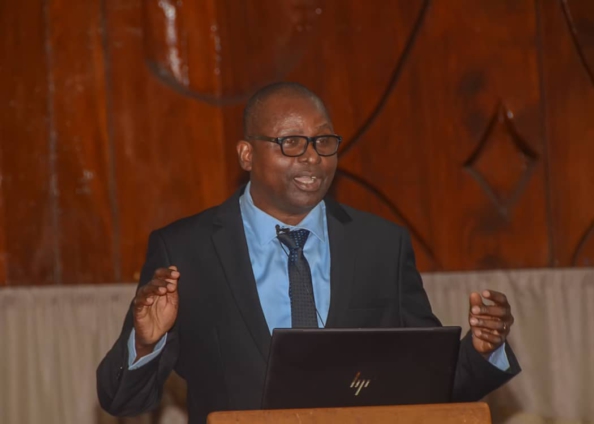 The culture of blame, name and shame tends to deter healthcare providers from reporting mistakes.

Once errors are unreported, it is impossible for a hospital to learn from similar adverse events to prevent them from happening again.

Research findings on patient safety culture, funded by the University of Ghana, suggest that a culture of blame exists in Ghanaian hospitals.

“There is, therefore, a call to move away from the blame to a just culture that encourages error-reporting, among others.”

That’s according to Prof Aaron Asibi Abuosi, an Associate Professor of Health Policy and Management at the University of Ghana Business School.

Professor Abuosi says that in a system where there are already several complaints of poor quality of health care, moving away from the culture of blame may seem strange and insensitive.

However, it is enough to dig deeply into the evil that the culture of blame causes to better appreciate the significance of such a call.

He also says that there are also confidential horror reports from health care providers covering adverse events, some of which lead to death in hospitals, out of fear of blame and its negative consequences.

“In one instance, a nurse confided in me how she mistakenly gave xylocaine (an anaesthetic) instead of normal saline which are both clear liquids to a child and the child died. She confided with her colleagues, and they collectively decided not to report for fear of any negative consequences.” Prof Abousi revealed.

He says the nurse who was devastated by her mistake was dismissed from the hospital. The devastation and layoff amounted to a double dose of regret for the experienced nurse.

The story goes that Kim was unable to cope and committed suicide about six months after the dismissal.

“Kim was described as an experienced nurse who worked 24 years in Seattle with a track record of excellence. Even though the child died from her mistake, did she deserve to be sacked? Do you think other nurses or doctors who commit similar errors will own up after her dismissal if they make any mistake? And if they don’t own up how can hospitals know the errors and take steps to avoid their recurrence?” He inquired.

The health management expert fears that such situations could result in the “Third Victim” phenomenon which is the lack of organizational learning and the loss of experienced personnel who may not easily be replaced.

Prof Abuosi was speaking at the University of Ghana’s inter-college lectures on the topic, “From a blame to a just culture: an imperative for patient safety in Ghanaian hospitals”.

There are reported cases of adverse maternal deaths due to doctors’ inability to deal with them early, surgery in the wrong place, among others in Ghana. This has affected some staff, according to Prof Abuosi, who are still under investigation or have been dismissed.

“The call to move from a blame to a just culture is rooted in the fact that a just culture is a balance between a blame-free culture and a punitive culture. A just culture acknowledges that errors in healthcare, like in our ordinary daily life activities, are inevitable due to human fallibility.”

Professor Abuosi believes that punishment will do more harm than good, but he also advocates a systems approach to problem-solving.

“The blame culture is the traditional approach to solving problems which focuses on what a renowned safety science theorist, James Reason, calls active failures due to unsafe acts by frontline healthcare providers. A systems approach on the other hand, focuses on both active and latent failures due to top and middle level management actions or inactions that give rise to the active failures at the frontline, according to Reason.”