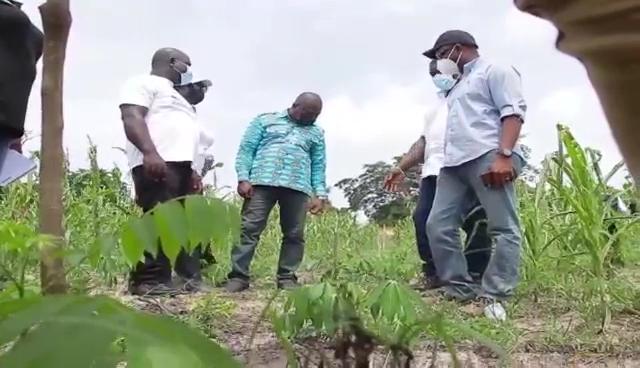 The Forestry Commission has begun undertaking an assessment of the Green Ghana project it embarked on in June this year.

The Commission says the move is to assess how the over 7 million seedlings planted on the Green Ghana Day were doing in the areas they were planted.

Chief Executive Officer (CEO) of the Forestry Commission, John Allotey, indicated that the commission was impressed by the seriousness with which some of the institutions were nurturing the seedlings and also preparing to grow more during the lean season.

Two months after the national exercise that received massive patronage, the commission says it was only fair and proper that they assessed the situation on the ground.

Mr John Allotey also gave the assurance that the commission would keep an eye on every seedling that was given out in order to ensure that the exercise is sustained.

He further explained the President made it clear that achieving the target was not enough but making sure the seedlings were nurtured into trees was paramount.

“A month after the exercise, I sent all my directors in the regions to go and see the seedlings that have been planted. That was in July. This is around the second month after planting and so, I decided to come with my team to the various regions to undertake the exercise, starting from the Central Region,” he averred.

On her part, Mrs Marigold Assan intimated she would engage the Metropolitan, Municipal and District Assemblies (MMDAs) to support the monitoring of the seedlings, adding, “we are together in this.”

Vice-Chancellor of the University of Cape Coast, Prof. Johnson Nyarko-Boampong highlighted efforts being made by the university to support the exercise. He said the university is working in collaboration with the Ghana Prisons Service.

“The Ghana Prisons come to weed around the seedlings. We have nursed many of the seedlings and we are waiting for the lean season We undertook the exercise on the 11th of June for which we gave out 7 million seedlings, a figure that exceeded the target of growing 5 million seedlings before we plant them,” he said.

Meanwhile, the Forestry Commission says it intends to monitor and support institutions and individuals that are willing to plant more trees to support the project.