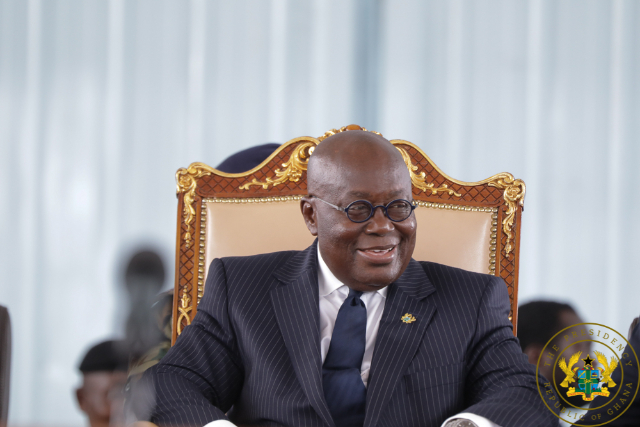 President Nana Akufo-Addo has said four more years of his administration will help him advance the course of development in Ghana.

The President made this comment when he cut sod for the commencement of work on a sea defence project in Ningo Prampram as part of his three-day tour of the Greater Accra Region.

Responding to cheers from his supporters, President Akufo-Addo said “I am grateful that you have supported four more years for Nana… That is what I want to hear, 2020 is for Nana Akufo-Addo.”

The President also highlighted the need to embark on the $70 million sea defence project which he believes will boost the tourism prowess of the area.

“Ningo Pampram is potentially one of the most important destinations in our country and it cannot be a proper tourist area if we do not do something about the erosion. That is why we have made this decision”, President Akufo-Addo said.

When completed, the project will among other things reclaim lost land and also develop mini harbours along the coastline. It is expected to be completed in four years.

Minister for Works and Housing, Samuel Atta Akyea, told JoyNews that the livelihood of residents in the area will improve when the project is completed.

Samuel Atta Akyea is also confident that the project will provide an enabling environment to attract the building of resorts in the area as the problem of high tides which ward off prospective developers will be solved.