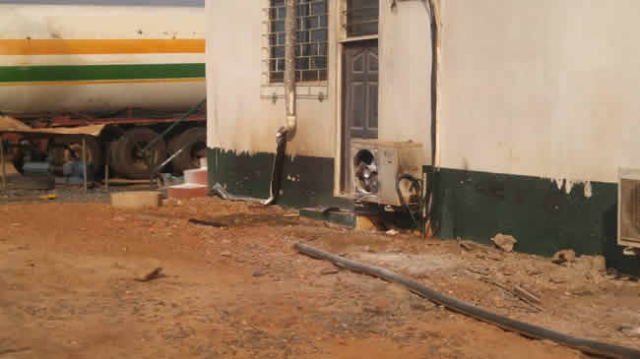 A man has been killed in an explosion at the Runel Gas Station at Dawhenya, a suburb of Tema, at dawn on Tuesday.

Anthony Ahiabu, 47, according to witnesses was in a building used to house staff of the station when the explosion occurred shortly after a tanker discharged gas.

The cause of the fire is yet to be determined but the witnesses told Adom FM’s Kwame Yankah the deceased might have been cooking in one of the rooms close to the location of the discharge.

Operations officer of the Tema Regional Fire Department, DOII William Blankson, said personnel from the Devtraco and Tema Industrial Area Fire stations were swift in their response to prevent the fire from spreading to neighbouring properties.

Apart from the deceased, it is unclear whether any other attendants or customers were affected by the explosion that shattered louvre blades.

Managers of the station have halted operations until a determination is made on the cause of the fire.

Dr Salassie Akabah said the station will be closed for a week as they mourn the death of the worker.

Investigations have begun into the incident.