Boy, 17, in critical condition after hit-and-run accident at Dawhenya - MyJoyOnline.com

Boy, 17, in critical condition after hit-and-run accident at Dawhenya 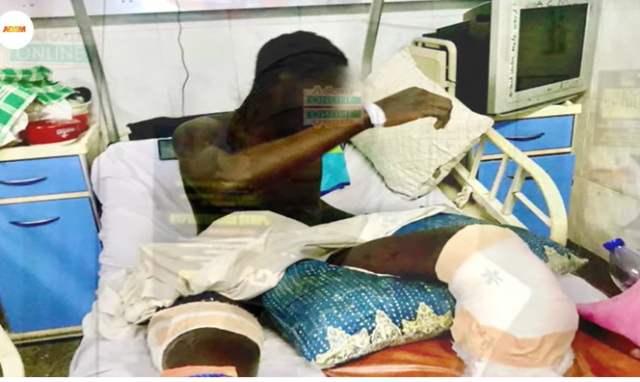 A 17-year-old Junior High School (JHS) graduate, identified as John, is in a critical condition after a hit-and-run accident at Dawhenya.

According to his mother, a private car driver knocked him off from a motorbike and bolted.

“The accident happened on Wednesday after we went to drop his things at Tematech where he has gained admission,” she bitterly lamented.

Speaking in an interview with Adomonline.com, John’s mother, Merry Chawteye, said the accident had cost her son’s two legs.

According to her, she was called to come to Tema General Hospital and upon reaching there she received shocking news; she said ” my son’s leg was handed to me in a polythene bag with his name written on it.

“So I carried my son’s left leg to Korle-Bu hoping it could be fixed back because we were told the situation was beyond them at Tema General.

“The doctors are now saying he will need prosthetics which I have been able to purchase, but the driver is still nowhere to be found,” she narrated.

Meanwhile, she is appealing to all well-meaning Ghanaians to support her in financing her son’s bill since she had exhausted all funds she had and running into debts.