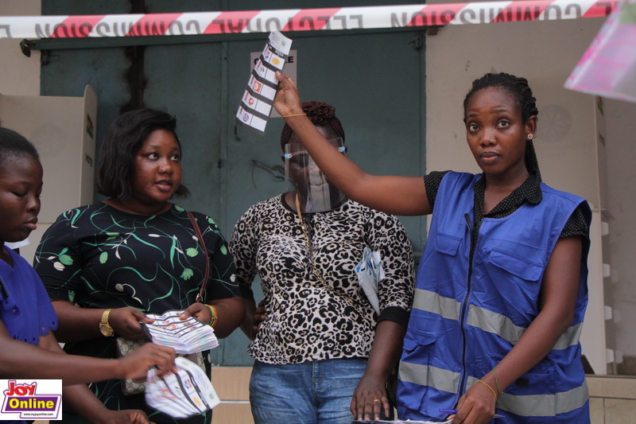 He said restraining the EC from gazetting Hohoe MP-elect, John-Peter Amewu was just one of the reliefs, disclosing that they were aware of the gazette before going to Court.

Mr Kporha, who is one of the Counsel’s for applicants, secured an interim injunction restraining the EC from gazetting John-Peter Amewu, New Patriotic Party (NPP) Member of Parliament-elect for Hohoe.

Meanwhile, checks revealed that the Hohoe Constituency election was gazetted by the EC on Tuesday.

Mr Kporha said the EC’s gazette was just “a presumption of elections,” which is a periodical publication that has been authorised to publish publicly or legal notices, usually established by statutes or official action, could be legally nullified, therefore it would not have any consequences on the order they sought from the court.

He said “we are not bothered by the gazette,”  we have other reliefs or orders that could make our case still hold.

Mr Kporha said to restrain the respondents, especially the MP-elect from presenting himself as such between January 7 to January 2025, still is legal before the law.

He said another is the availing himself to be sworn-in as Member of Parliament for Hohoe Constituency or holding himself as such.

The respondents in the case are the EC, Wisdom Kofi Akpakli  Hohoe Municipal EC officer, Mr Amewu and the Attorney-General.

The Court held that the EC be restrained from seeking to gazette the MP-elect with the order lasting for 10 days from Wednesday.

The Court also ordered the MP-elect from presenting himself to be sworn-in as the MP for Hohoe Constituency or holding himself as such.

DISCLAIMER: The Views, Comments, Opinions, Contributions and Statements made by Readers and Contributors on this platform do not necessarily represent the views or policy of Multimedia Group Limited.
Tags:
Election HQ
Hohoe Municipality
Parliamentary Elections