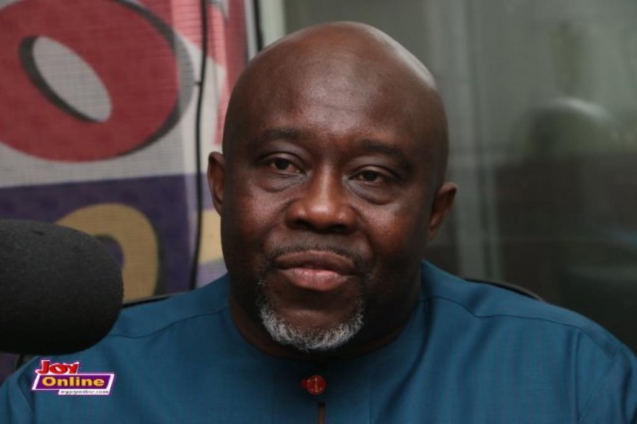 The Awutu Senya West MP is demanding a retraction and apology from ‘Corruption Watch’ an affiliate of Center for Democratic Development (CDD-Ghana) for citing him in its vote-buying report.

According to his lawyers, it is not factual that their client induced delegates to vote for him during the recent New Patriotic Party (NPP) parliamentary primaries.

The Deputy Communications Minister claims ‘Corruption Watch’s research had found that he had distributed ¢1000, a 32-inch Nasco flat-screen TV and a standing fan to each delegate in his constituency.

He said it could be a baseless rumour that may have been concocted by his political opponents or their supporters to create disaffection for him amongst the delegates.

The legislator, therefore, is demanding a retraction and an apology from ‘Corruption Watch’ failure of which he said will seek appropriate redress.

Below is what Corruption Watch published about Mr George Andah

Multiple CW sources in the Awutu Senya West Constituency of the Central Region alleged that the campaign team of both candidates gave money to the delegates in the election which incumbent MP and Deputy Minister of Communications, George Andah won with 438 votes of the valid votes cast. Mr. Joseph Aidoo, his challenger, garnered 191 votes.

Mr. Andah parried claims of giving money and other items of value to delegates when contacted by Corruption Watch even though he had told JOYFM’s Kwesi Parker Wilson after winning the primary that he gave a “token’’ to delegates.

Similarly, when Corruption Watch contacted Mr. Aidoo, he denied giving delegates any money, arguing that he lacks the financial capacity to do that.

According to him, apart from food and drinks which every delegate benefited from, he only gave some delegates transportation each time they had to transport themselves to meet him. He said the amount per delegate was dependent on cost of transportation from the individual locations, adding that he gave some as low as Ghc20 as transportation