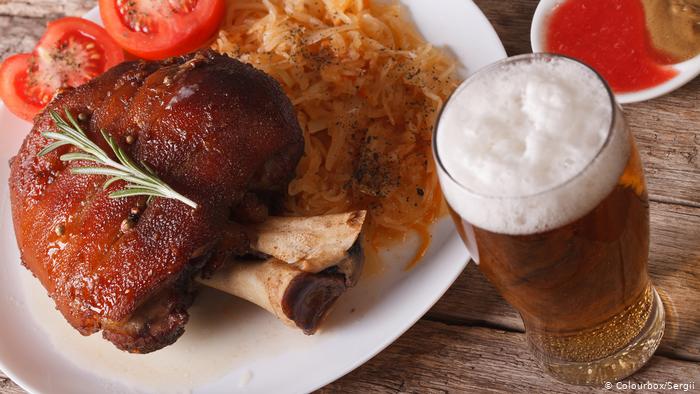 Chinese authorities have said that a worker in a refrigerated warehouse was infected with COVID-19 after handling pork imported from Germany. Over 50 people are said to be in quarantine and under medical observation.

Chinese authorities said at the weekend that the packaging of a frozen pork knuckle sample imported from the Northwestern German city of Bremen had triggered a new coronavirus case in China.

The Tianjin anti-epidemic group said that a worker tested positive for COVID-19 after being exposed to imported frozen food while handling packaging in a cold storage facility.

The packaging was initially imported from Bremen to Tianjin and from there to the city of Dezhou in Shandong Province.

Chinese state newspaper the Global Times reported that doctors diagnosed the 38-year-old worker as a mild case. He is said to be receiving treatment at a designated hospital while eight of his close colleagues were quarantined for medical observation.

Fifty-nine other contacts have also been tested and placed under quarantine as a precaution. Their results are pending.

China traces back to Bremen port

Tianjin officials said in a news conference on Sunday that the pork knuckle sample that tested positive for COVID-19 came from the German port of Bremen. The package arrived in Tianjin on October 19, and was then shipped to Dezhou on November 5.

The anti-epidemic group said that in addition to a contaminated forklift, a doorknob at the cold storage facility, located in China-Singapore Tianjin Eco-City, also tested positive for COVID-19.

Authorities in Taiyuan in Shanxi Province, meanwhile, said they detected the virus on the packaging of food products imported via Tianjin.

Tianjin authorities have since implemented stricter controls to prevent further outbreak, according to Chinese media.

Large parts of China are considered to be free of the virus and outbreaks are fought with strict measures including lockdowns and mass testing.

China has blamed imported frozen foods or their packaging for COVID-19 infections on several occasions.