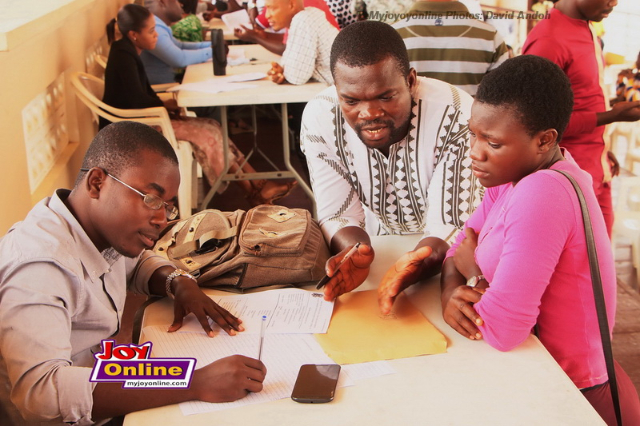 The Ghana Education Service (GES) says it has successfully placed 351,022 qualified candidates who sat for the 2019  Basic Education Certificate Examination (BECE) to 721 public and private Senior High Schools across the country.

This was revealed by David Banamini, the staff at the Public Relations Department of the GES during an interview in Accra, Monday.

Out of the total number of candidates successfully placed, he said 257,966 were pupils from the Public Junior High Schools, 92,404 candidates were from the Private JHS, whilst 652 were candidates who sat for the exams as private candidates.

He stated that currently, the Service had placed a total of 122,706, representing 25.10 per cent qualified candidates who could not be placed in any of the five schools they selected under the self-placement system awaiting further placement.

“Before the placement began the Service declared 520,298 placement vacancies. Out of this, 351,022 vacancies have been filled with 169,276 vacancies yet to be filled.

“With self-placement, we have 131,146 vacancies available. Candidates placed on self-placement are therefore expected to log on to the portal and select a school that has vacancy near them for placement,” he added.

Mr Banamini said, “candidates placed under the Green track system are expected to report to their school of placement from the 15th of September whilst those on Gold track were due for school on November 7”.

Figures from the West Africa Examination Council (WAEC) indicated that a total of 512,083 candidates sat for this year’s BECE.

However, upon releasing the result early this month, the Council said it had withheld the results of 38,355 candidates for various examination malpractices awaiting investigations.

Mr Banamini said the Service had also disqualified such candidates and were therefore ineligible for placement pending the outcome of the Council’s investigations.

He urged parents to remain calm as the service work to ensure that all qualified candidates were duly placed.

He said the Service had set up resolution centres all ten regions, adding that parents and guardians should contact such centres for any guidance and clarification they might require.