Ghanaians are not against E-Levy – Ken Ofori-Atta - MyJoyOnline.com

Ghanaians are not against E-Levy – Ken Ofori-Atta 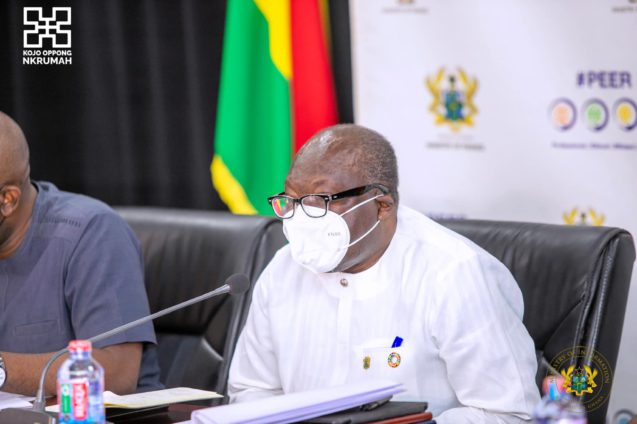 The Finance Minister, Ken Ofori-Atta, says Ghanaians are not against the Electronic Transaction Levy aka E-Levy, following his interactions with citizens in some constituencies across the country.

He said people are rather concerned about accountability and has promised that government will be accountable for what the funds will be used for.

In a media briefing on Wednesday, the Minister disclosed that he and other government officials used the Christmas period to tour some parts of the country to listen to Ghanaians before the resubmission of the E-Levy to Parliament.

“I had smaller intimate conversations with citizens across a few constituencies during the Christmas. I was fortunate enough to be able to visit Akyem Heman, Anyinam, Apapam and our friend, Sam George’s constituency in Prampram to listen to what people feel and what people think.”

“The issues were quite clear to me. I did not, in those deliberations, encounter choleric response to E-levy; the issues were ones of accountability and ability for them to know what their money is going to be used for,” he said.

He stressed that the various concerns raised by Ghanaians were heard, and “we have found a way to address the concerns without an adverse fiscal impact.”

According to Finance Minister, the impact of the 1.75% E-Levy will be minimal because the Telecommunication Companies have agreed to reduce their charges on mobile money transactions by 0.25%.

JoyNews/AdomNews · E-levy: Telcos have agreed to reduce their charges by 0.25% – Ken Ofori-Atta

“Due to the spirit of burden sharing, the telcos have agreed to reduce their charges by 0.25%, which in effect the impact on the 1.75% is reduced. I think we should be clear on that because we then retain the resources we need but ensure the citizenry is not impacted highly.”

“This will reduce the overall net impact of the levy on subscribers. We want to take this opportunity to thank our friends in the telecom industry.”