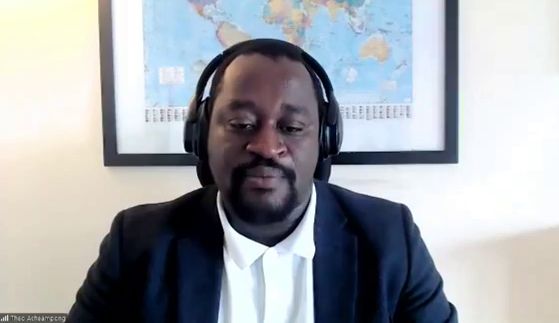 A political risk analyst is not surprised by the recent downgraded of Ghana’s credit worthiness.

Dr Theo Acheampong insists that his assessment of the citizenry point to an increasing level of hardship among the populace.

He made these comments on JoyNews’ Newsfile on Saturday, August 13.

This week, Ghana’s rating was downgraded by Fitch from B- to CCC, putting the country’s creditworthiness into junk status.

This update follows Standard and Poor’s (S&P) downgrade of Ghana’s foreign and local credit ratings from B-B’ to CCC+C with a negative economic outlook.

These come amid government’s call on the International Monetary Fund (IMF) for an economic bailout.

Speaking on JoyNews, Dr Theo Acheampong indicated that the past few years have seen the hardship felt strongly in the pockets of the populace.

Many including petty traders in the country are feeling the pinch, which Dr Acheampong says, calls for pragmatic measures.

Meanwhile, businesses that require foreign investments and financing are projected to be one of the entities at the receiving end of the economic downgrade.

This is according to the President of the Association of Ghana Industries (AGI).

Dr Humphrey Ayim-Darke, speaking on the same show, said bulk importers of goods and the private sector will be largely hit by the latest rating which put the country’s creditworthiness into junk status.