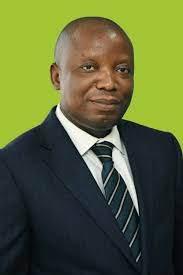 Auditing firm, Deloitte, is urging government to take advantage of the Covid-19 pandemic request for debt relief from the International Monetary Fund (IMF) and World Bank.

Head of Financial Advisory at Deloitte, Yaw Lartey, believes aside the many programmes introduced by the government to revive the economy, there are many justifications for the country to get a debt respite, similar to what was given in the year 2001 which immensely benefited the country.

Speaking to Joy Business on a review of the Mid-Year supplementary budget, the Auditing Firm, Delloitte believe that despite measures put in place by the government, the Finance Minister should seek debt relief from the International donors.

Ghana’s debt ratio is rising at a rate many described as unsustainable. The public debt stock hit ¢258.4 billion, about 67% of Gross Domestic Product, in June 2020.

Deloitte Financial Advisor said “we should take advantage of the pandemic and apply for debt relief from International partners because it will benefit the government with some debt cancellation and help to invest in other projects” he noted.

Mr Lartey emphasised that there are lots of justifications amidst the pandemic to request for cancellation.

“There is a lot of justification for that and I think the conversation has started. But the government should strongly push it and join other developing countries to make it a reality because there’s enough justification for it “.

After the presentation of the supplementary budget and mid-year review by Ken Ofori-Atta, many economists have been making propositions on the need to raise enough revenue to revive the economy, after the coronavirus pandemic.

Deloitte has also been proposing different ways of borrowing and re-profilling of the country’s debt in order to the debt control the rising debt-to GDP ratio of the country.

“There is the need to go back to the old mantra of smart borrowing and also borrowing to finance capital projects that will be able to pay for themselves.

“If we’re able to do that then the debt ratio will be minimised even though there are more borrowings, “Lartey said.

Ghana will spend about ¢21 billion to repay the debt (principal and interest) in 2020.