Government has collateralised proceeds from ESLA until 2035 – Mahama alleges 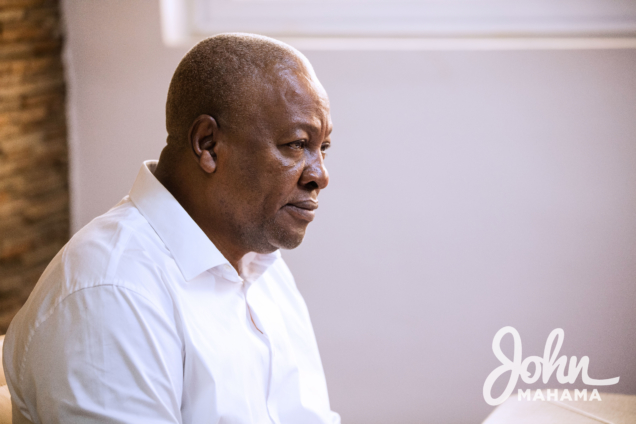 ESLA, according to Mr Mahama was introduced to solve the financial aspect of the energy crisis experienced during his tenure in office.

Mr. Mahama said this at the Academic City University College on Friday, December 9, 2022, when he delivered the Keynote address at a Leadership Seminar Series on the topic “Taking Critical Decisions in Decisive Moments as a Leader.“

He, however, stated that the current government has mortgaged the proceeds of ESLA.

“They have taken the money in advance and spent it and collateralised it to 2035,” he claimed.

As a result, he stated that there is the likelihood of the IMF including ESLA in the public debt in the debt restructuring, adding that “if that is done, it will free up the ESLA money to be used to pay off the shortfall in energy debts.”

In a related development, Mr. Mahama stated that erratic power supply, popularly called “dumsor”, was a legacy problem he inherited.

This, according to him, is because previous governments did not pay attention to the need for generation of electricity at the same pace as its demand was rising.

“For many years, our demand for energy was growing by 12 per cent a year, we were consuming 12 per cent more energy per year. Unfortunately, previous governments were not putting in generation at the pace at which demand was rising.

“..You must forecast demand and then you must put in the generation to match the demand as it grows. Unfortunately for several years, no new power plant was put up to meet the demand and it all came to a head when I became President,” he said.

He explained that load shedding happened in his era as a result of one of the thermal plants in Takoradi breaking down.

Mr. Mahama said he accepted responsibility for the “dumsor” problem and set up an emergency committee to deal with the crisis, which was in two parts- generation and financial problems.

“We mobilised almost 500 Megawatts of power in the shortest time ever recorded in Africa. In a period of 9 months after February [State of nation address] we had the Ameri power plant producing power, so we solved the generational part,” he said.

DISCLAIMER: The Views, Comments, Opinions, Contributions and Statements made by Readers and Contributors on this platform do not necessarily represent the views or policy of Multimedia Group Limited.
Tags:
ESLA
John Dramani Mahama