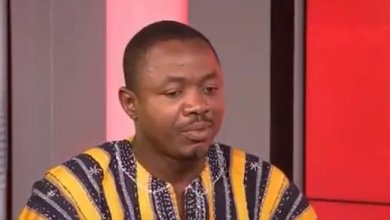 The General Secretary of the Ghana Medical Association (GMA), Dr Titus Beyuo says the government has not proven their assertion that they feel the economic hardship just like ordinary Ghanaians.

Speaking on Joy FM’s Newsnight on Tuesday, Dr Beyuo said although the government kept singing ‘we are in this together’, it had still not heeded calls to cut down on its expenditure.

“Does not government owe us any explanation? If we are having a situation where you are broke- you don’t have enough revenue, start by cutting expenditure. We have called several times, what has government done about it, we still have the same number of ministers and the same number of political appointees.

“No sign from the side of government that they are even trimming their hair and then for us, they are saying take a haircut. I mean they should be fair to the system and demonstrate this is a real difficulty we are in,” he added.

According to him, the government did not call for proper engagement with relevant stakeholders on the debt restructuring programme.

“I don’t think they have demonstrated that we are in this together because if you come and give us something that you say it’s voluntary and then tell us the alternatives is a no-go area, therefore, everybody must join.

“I am not a financial expert, but I think that if government had engaged all stakeholders and the engagement was a proper consultative process, maybe different solutions may have come up than just more like take it or you leave it,” he said.

The GMA has rejected the programme.

The GMA in a statement on December 6 said the debt restructuring programme will have a negative impact on its members’ pensions funds and healthcare delivery in the country.

“The GMA is also concerned about the negative effect of the debt exchange programme on Private Health facilities, private health insurance and mutual schemes that have invested heavily with Government of Ghana bonds. This we believe will impact negatively on patient care, medication supply and claims management,” the statement said.

DISCLAIMER: The Views, Comments, Opinions, Contributions and Statements made by Readers and Contributors on this platform do not necessarily represent the views or policy of Multimedia Group Limited.
Tags:
Debt Restructuring Programme
GMA
Pension Funds