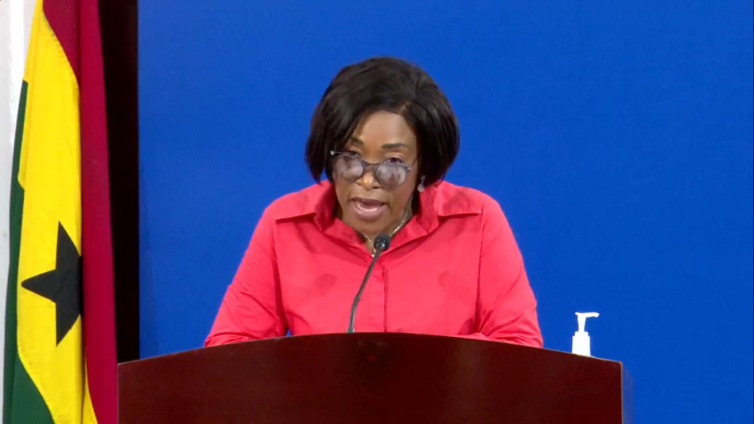 The Foreign Minister, Shirley Ayorkor Botchwey, has refuted claims that a train carrying some Ghanaian students was attacked by the Russians in Ukraine.

At a press briefing on Sunday afternoon, she said in “these delicate times”, such unproven allegations should not be disseminated.

“Let us all endeavour to stay clear of sensationalism and unconfirmed reports. These only serve to heighten tensions at these times.

“We have parents, family, and friends of these Ghanaian students who are stuck in a war situation, and the least we can do is not to play politics or to be sensational with news that is not confirmed,” she said on Sunday.

On Saturday, North Tongu MP, Samuel Okudzeto Ablakwa, made the said assertion when he appeared on various media platforms.

But the Foreign Minister has refuted this claim.

She added, “It is not right; we must stop it. This is a sensitive matter.”

On the back of this, the Foreign Affairs Minister assured that the diplomatic missions in neighbouring countries, including Prague, Moscow, and the Vatican, are working earnestly to ensure Ghanaian citizens’ safety and subsequent evacuation.

Since Russia’s President, Vladimir Putin, announced his intention on Thursday to capture the Donetsk and Luhansk regions of Ukraine, the Ghanaian residents in the country called for immediate evacuation.

The Union maintained that evacuating Ghanaian students from Ukraine is the most effective response to the conflict.

Responding to these calls, Madam Botchwey divulged that over 220 Ghanaians in Ukraine have safely exited the country as of midday on Sunday, February 27.

She added that the government has instituted the necessary measures to facilitate the transportation, accommodation, feeding, medical support and flights for the evacuated citizens.

“We hope for better days as the Ministry further engages our Diplomatic Missions and Honorary Consulates to extend consular assistance to our compatriots. Therefore, we are earnestly facilitating the safe return of a lot more.”

“These numbers are bound to increase in a few days as we observe a team spirit being displayed by our people, our citizens, our students. They are reaching out to each other, setting up groups, WhatsApp chats, sharing important phone numbers of Consular officers and other personalities who could be of assistance,” she said.